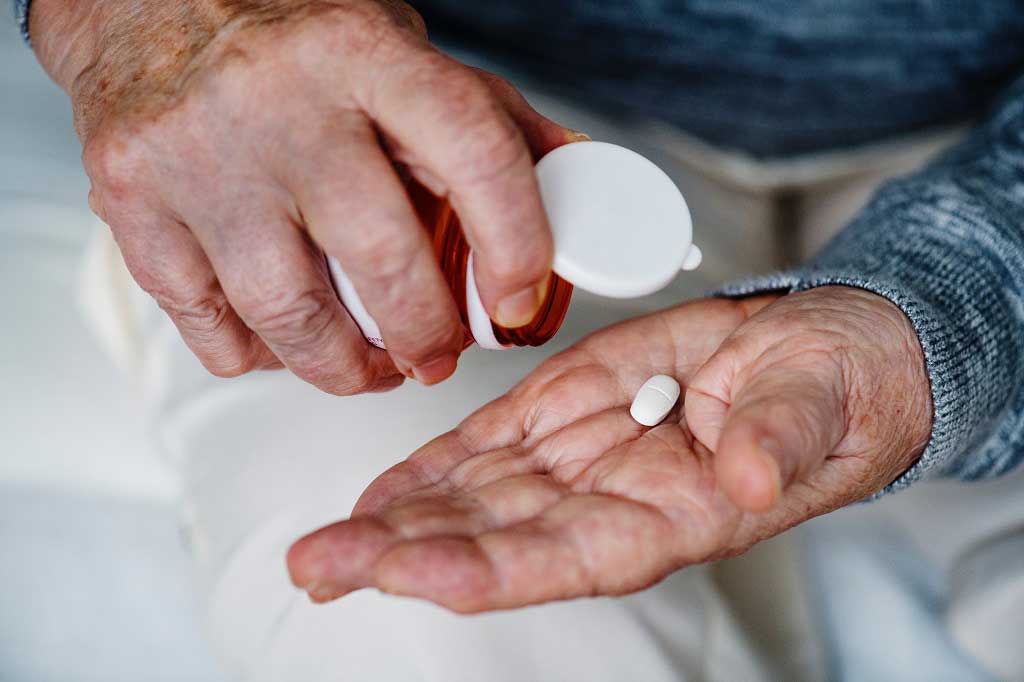 'Diabetes drug metformin could help you lose weight, say scientists who found it works better than diet and exercise at keeping the bulge off' the Mail Online reports

"A drug used by patients with diabetes holds potential in helping people lose weight and keep it off," reports the Mail Online.

A new study compared long-term weight loss in people thought to be at risk of type 2 diabetes who had either been advised to follow a strict diet and exercise plan, been given the diabetes medicine metformin or been given a placebo (pretend) medicine.

Metformin is a medicine that helps the body use insulin to process sugar. It is not approved as a weight loss drug. However, it is often used as a first treatment for people who get type 2 diabetes, and weight loss is a known side effect.

Researchers said people who had initially been put on the diet and exercise plan lost more weight in the first year than those who were given metformin. But in 15 years of follow-up those who had lost weight while taking metformin were more likely to maintain their weight loss, while many of those on the diet and exercise plan later regained weight.

The study is the first to show very long-term effects of any medicine on weight loss.

But these long-term results are based only on people who lost at least 5% of their body weight in the first year – so 70% of the people who started the trial were not included. This could mean that the results may not be applicable to most people who are overweight or obese and are at risk of diabetes.

It was funded by the US National Institutes of Health and published in the peer-reviewed medical journal Annals of Internal Medicine.

The Mail Online did a reasonable job of explaining the study findings, but did not make it clear that this was a post-hoc analysis, done after the initial results were in. This makes the results more prone to bias as researchers may have been primed to spot previous results and trends that agreed with their thinking while ignoring those that did not.

This was an observational follow-up study from a randomised controlled trial (RCT).

RCTs are the best way to show which treatment works. However, in this case the RCT finished after a year, and the researchers are now following up on people who may no longer be taking the treatments set at the start of the trial but may have switched to other treatments or stopped treatment altogether. This is not surprising given the length of the study, but it makes the results less reliable.

For the original trial, researchers randomly divided 3,234 people who were overweight or obese and at risk of diabetes into 3 groups:

People stayed in their groups for a year. At the end of the year, researchers looked at the participants' initial weight loss or gain, and whether they had developed type 2 diabetes.

They then followed them up for another 14 years, with annual records of their weight.

During the second year, everyone was offered the diet and exercise plan as it had shown most success in the first year. People on metformin were able to continue it if they wished.

People who developed diabetes were treated by their local healthcare provider.

For this study, researchers looked at the results of the 1,066 people who lost 5% of their weight in the first year, to see which factors from the start of the study predicted who was able to keep off at least 5% of their weight after 15 years. Factors examined included:

In the first year, 28.5% of people taking metformin lost 5% of body weight, compared to 62.6% of people on a strict diet and exercise plan and 13.4% of people in the placebo group.

Among those people who had lost 5% of body weight in the first year, the percentage who kept that amount of weight off for the next 14 years was:

The strongest predictors of keeping weight off for 15 years were older age, greater weight loss in the first year of the study, and active use of metformin (for those in the metformin group).

The researchers said they found that "older age and greater 1 year weight loss predicted LTWL [long-term weight loss] over the next 14 years" among people who lost at least 5% of their body weight in the first year.

They added "those who were originally randomised to metformin had greater success in maintaining LTWL" than those assigned to diet and exercise, especially in the later years of follow-up.

They suggest that further study is needed to determine "whether metformin could be a useful intervention for LTWL after initial weight loss with lifestyle interventions, anti-obesity drugs or devices, or bariatric [weight loss] surgery".

Headlines about a medicine that could lead to long-term weight loss are always popular. As one of the researchers is quoted as saying in the Mail Online: "Taking a pill a day is a lot easier than going to diet and exercise for 15 years."

However, the study has limitations that we should be aware of:

While metformin is widely used in diabetes treatment, it is not licensed as a weight loss medicine. For it to become licensed for weight loss, the manufacturers would have to put forward research evidence to show it works and is safe for this use.

While metformin may have potential as an aid for people needing to maintain weight loss in future, the study reminds us that in the original 1-year trial, the most successful weight-loss treatment was the diet and exercise plan.

Find out more about getting to or staying at a healthy weight.