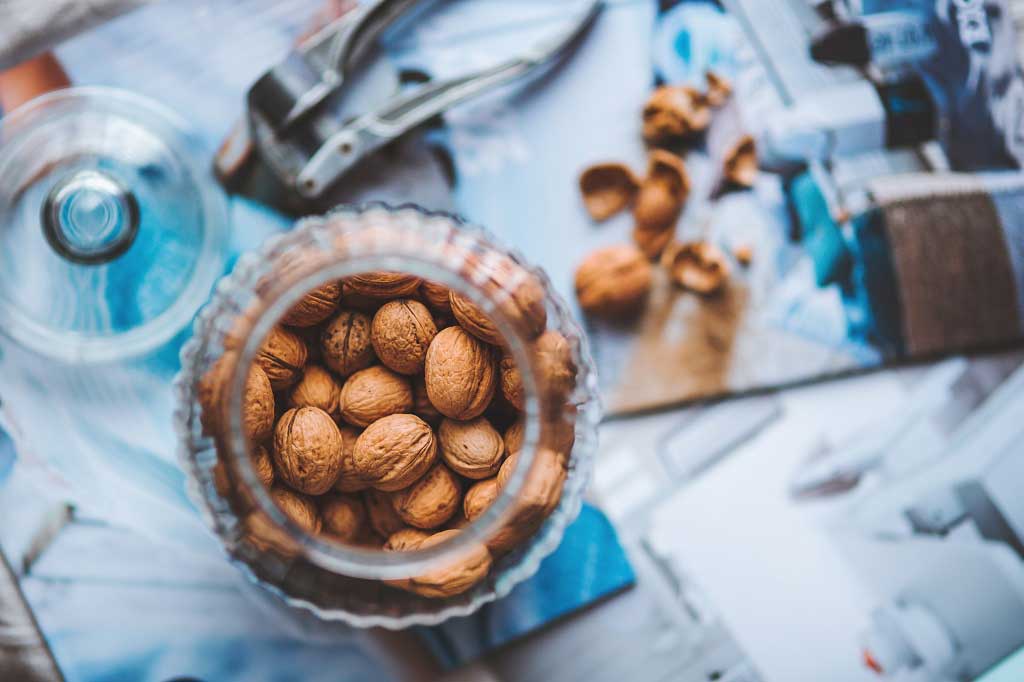 'Eating 3 tablespoons of walnuts a day makes you HALF as likely to develop type 2 diabetes' says the Mail Online, reporting on a study part-funded by the California Walnut Commission

"Eating 3 tablespoons of walnuts a day makes you half as likely to develop type 2 diabetes," says the Mail Online, reporting on a study part-funded by the California Walnut Commission.

Researchers took existing data from a large US health and nutrition study. They pooled the results of 8 surveys which took place from 1999 to 2014 and looked at the nut eating habits of more than 34,000 people. They also looked at whether people in this same group had diabetes.

They found that people who said they had eaten nuts in the past 24 hours were approximately half as likely to have diabetes compared to people who didn't report eating any nuts.

But the study has several limitations. As the analysis only looked at people at a single point in time it is hard to determine the direction of any possible link between eating walnuts and diabetes. For example, the study cannot tell us whether eating walnuts prevented diabetes, or whether people with diabetes eat fewer walnuts.

It is likely that many health and lifestyle factors complicate the overall picture. People who eat walnuts may have a healthier diet overall and so may be less likely to have diabetes. But as the researchers didn't consider other dietary factors we cannot say whether this is the case.

Overall this study does not provide good evidence that diabetes can be prevented by eating walnuts. However, nuts of all types can form part of a healthy and balanced diet.

The study was carried out by researchers from the David Geffen School of Medicine and the University of California Los Angeles (UCLA). It was party supported by the California Walnut Commission.

It was published in the peer-reviewed journal Diabetes/Metabolism Research and Reviews.

The Mail Online was correct to note that the study received funding from a related industry body. However, the rest of its story was not as critical of the research as it could have been and seemed to suggest that eating walnuts would prevent diabetes, which goes beyond what the research actually showed.

This was cross-sectional research using data from an existing, ongoing study called NHANES (the National Health and Nutrition Examination Survey). This study carries out surveys of the US population every few years to look at different aspects of health and diet.

In this latest study researchers looked whether there was an association between walnut consumption and the probability of somebody developing diabetes or not.

While the large size of the study is in its favour, cross-sectional studies can only tell us how common something is. They are not designed to look at whether being exposed to something in particular causes or prevents a disease.

To understand whether or not walnuts really do reduce the risk of developing diabetes, we would ideally want to see evidence from a randomised controlled trial. This would balance out all the other health and lifestyle factors that are likely to differ between people who do and don't eat nuts. However, such a trial would need to follow a large number of people over a long period and is highly unlikely to be feasible.

Information about people's food intake was collected by asking people to report all the food and drink they had eaten over a 24-hour period from midnight to midnight. Some people in the survey were asked to do this twice, for 2 different 24-hour periods.

The researchers accepted any of 5 different definitions of diabetes for the study. Three of these were based on laboratory results (such as blood glucose levels), and the other 2 were based on people reporting during their interviews whether they had ever been told they had diabetes or been given medications for it.

The analysis was based on 34,121 people. The number of people who had diabetes varied depending by which method it was defined:

People who ate walnuts (with high certainty) were 53% less likely to self-report diabetes than those who consumed no nuts (odds ratio 0.47, 95% confidence interval 0.31 to 0.72). The findings were fairly similar when looking at diabetes defined by fasting blood glucose or HbA1c levels.

The researchers conclude that "the prevalence of individuals with diabetes was significantly lower among the walnut consumers."

This is an interesting examination of the relationship between eating walnuts and diabetes risk, but it has extensive limitations and as a single study provides no proof that walnuts prevent diabetes.

Diabetes status and food consumption were assessed over the same period so it's not possible to say whether one factor causes the other.

The study looked at food consumption over a very short period (24 hour blocks). Walnuts are something that people might not eat every single day. We can't be sure that people who didn't report eating them in the previous 24 hours, never eat them. In the same way, we can't tell whether people who reported eating walnuts do this regularly or just happened to have eaten them at the time of the survey. So people may be incorrectly categorised.

The number of people in the study categorised as having diabetes varied considerably depending on the method used to define diabetes.

If there is a link between walnut consumption and absence of diabetes, it could simply be that eating walnuts was a marker of a generally healthier lifestyle. The researchers took account of several relevant confounders such as body mass index (BMI) and physical activity – but they didn't take account of other dietary factors or total energy intake.

It is hard to ignore that the study was funded by an industry organisation that may benefit from walnuts receiving "good press". While this does not undermine the results of the study, it is worth asking whether this study or others would have been published if no positive result was found.

In general, nuts are a good source of many nutrients even if there is little here to suggest that eating them will specifically ward off diabetes.