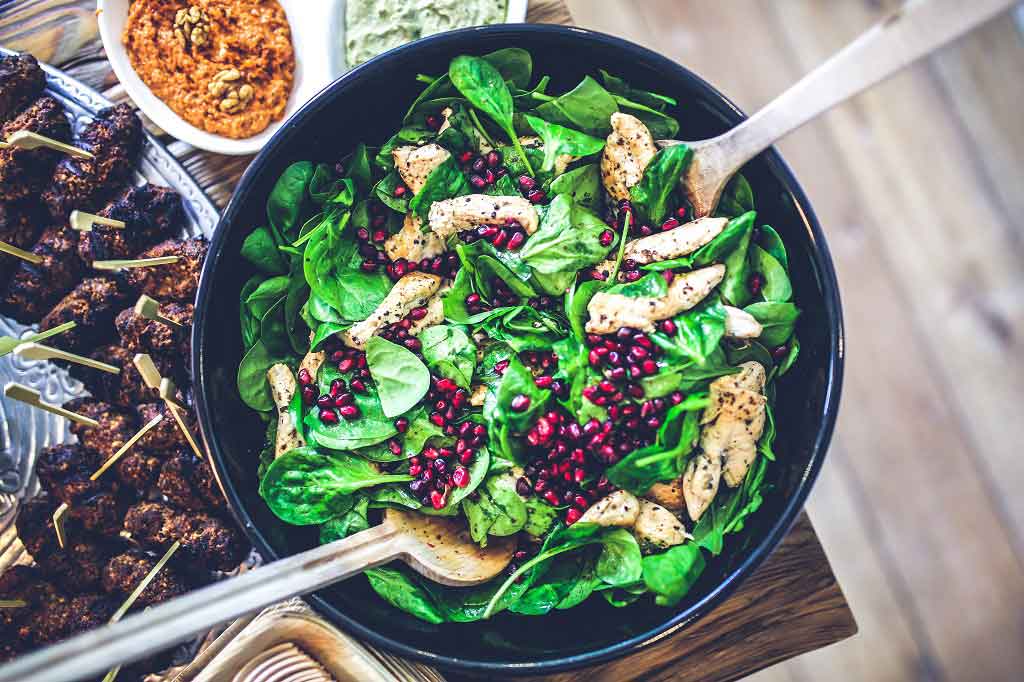 "Eating more fruit and vegetables can reduce the risk of developing diabetes by almost a quarter," reports The Independent.

"Eating more fruit and vegetables can reduce the risk of developing diabetes by almost a quarter," reports The Independent.

The headline is prompted by a new review that pooled the results of 9 studies looking at the link between how "plant-based" over 300,000 people's diets were, and their risk of developing type 2 diabetes.

The review found that people whose diets were more plant-based were about 23% less likely to develop diabetes. This might mean, for example, that if all of the participants in the studies had eaten a more plant-based diet, 6 out of every 100 might have developed type 2 diabetes instead of almost 8 in every 100.

Despite some UK headlines suggesting that the benefits were from eating a purely vegan diet, these results just compared more plant-based versus less plant-based diets.

While this type of study can never fully prove that 1 factor is directly causing an effect, the results do support what we know already – that eating a more plant-based diet is good for our health. Being overweight or obese increases our risk of developing type 2 diabetes, and eating a balanced diet and being physically active is our best way to avoid this.

If you choose to eat a purely vegan diet it's important to plan ahead so you can be sure of getting all the nutrients you need. Read more about healthy vegan eating.

This study was conducted by researchers from the Harvard T. H. Chan School of Public Health and Harvard Medical School in Boston. The study was funded by the US National Institutes of Health.

The study was published in the peer-reviewed Journal of the American Medical Association.

The Independent gives reasonable coverage of the study's findings, but does not note any limitations. The Daily Telegraph's headline suggesting that "Eating a vegan diet can cut your risk of developing diabetes by almost a quarter" is not correct, as the results were not for vegan diets alone. The results are for a comparison of more plant-based diets against less plant-based diets, and in several studies even the most plant-based diets included some animal-based foods.

This was a systematic review of prospective cohort studies assessing whether how plant-based people's diets were affected their risk of developing type 2 diabetes.

Some previous reviews have suggested that plant-based diets are associated with a lower risk of type 2 diabetes, cardiovascular disease and cancer. However, the findings are not conclusive as these reviews included cross-sectional studies, which cannot establish whether diet is influencing diabetes risk or vice versa. Also, some plant-based foods, such as refined grains and sugars, have been linked to a higher risk of type 2 diabetes.

Systematic reviews are the best way to sum up all of the existing research about a question. The researchers carrying out the current review only included the best-quality evidence looking at their question (prospective cohort studies), and also assessed whether the type of plant-based foods being consumed made a difference.

Nine studies met the inclusion criteria, most of which were assessed to be of good quality using a standard quality appraisal checklist. All of the included studies used food frequency questionnaires to assess diet. Three studies compared people eating vegetarian or vegan diets versus those not doing so. Five of the studies assessed how plant-based a person's diet was on a scale, and 1 study developed its own definition of a plant-based diet based on analysis of what people reported eating. Four of the studies also looked at the effect of a "healthy" plant-based diet specifically – which included more fruits, vegetables, whole grains, legumes and nuts.

In most of the studies participants reported whether they developed type 2 diabetes themselves, and answered standard questionnaires about their symptoms and medicine use to confirm their reports.

The researchers assessed whether the results varied across the different studies, and investigated factors that might explain this. For example, they looked at whether how a plant-based diet was defined by the study impacted the results.

The 9 studies included 307,099 participants and followed them for between 2 and 28 years. The participants had an average age of between 36 and 64 years, and their average BMI was between 23 and 26.7 at the start of the studies. During follow up 23,544 participants (7.7%) developed type 2 diabetes.

There was some variability in the results of individual studies, with studies that looked specifically at defined plant-based diets (vegetarian or vegan diets) showing greater risk reductions for type 2 diabetes than those that scored diets on a scale of how plant-based they were.

The researchers concluded that plant-based dietary patterns may be beneficial for preventing type 2 diabetes, especially when they contain healthy plant-based foods. They say that to their knowledge this is the most comprehensive evidence so far on this issue.

This review has shown a link between eating more plant-based foods and a reduced risk of type 2 diabetes.

The review's strengths include that it only looked at prospective cohort studies, which assessed a person's diet and then followed them over time to look at their type 2 diabetes risk. This is the most robust study design for this sort of question, as randomising people to "healthier" or less healthy diets and following them in the long term would be neither feasible nor ethical. The results were also consistent when the researchers used different approaches to look at the results, such as excluding 1 lower-quality study. This increases confidence that this link is real.

A review can only be as good as the studies it includes, and the studies included did have some limitations. For example, over half of the studies only assessed participants' diets at 1 point in time. These findings may not have been representative of their lifelong habits. The studies also varied in how they defined and analysed diets, which could impact results.

Participants also mostly self-reported having had a type 2 diabetes diagnosis, and there may have been some missed or inaccurate diagnoses.

As with all observational studies, we cannot rule out that other factors may be playing a role in the links seen. The individual studies varied in the health and lifestyle that they adjusted their analyses for. For example, some assessed physical activity and sedentary time, others did not.

Nevertheless, the results do fit in with what we currently know about healthy diets – that they should be mostly plant-based, with lots of fruit and vegetables, legumes, nuts, seeds and whole grains.

The results do not suggest that we need to eliminate animal-based foods altogether (although many people choose to do so for primarily ethical rather than health reasons). In the studies that looked at how risk changed with increasingly plant-based diets, even the most plant-based diets included some animal-based foods. Having said that, we do know that limiting red and processed meat and saturated fats (which mostly come from animal sources) are better for health.

Eating a healthy balanced diet and keeping physically active is the best way to reduce your risk of type 2 diabetes as well as many other conditions.