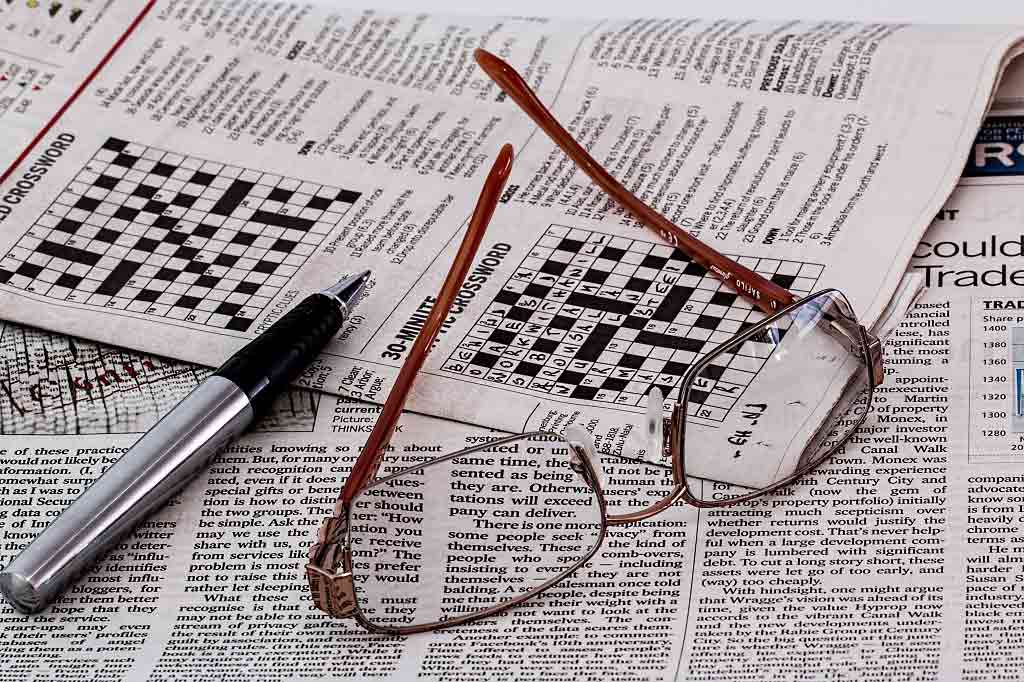 "Crosswords do not prevent dementia but can make your brain sharper to start off with," reports the Mail Online. The question of whether doing puzzles and problem-solving activities ...

"Crosswords do not prevent dementia but can make your brain sharper to start off with," reports the Mail Online.

The question of whether doing puzzles and problem-solving activities can stave off mental decline in older age is often debated.

This study of 498 people born in Scotland in 1936 found people who enjoyed intellectually stimulating tasks had better mental functioning at around age 64 than less intellectually active people, but that their rate of mental decline from that point was the same.

Unlike most previous research, this study was able to take account of the effects of childhood intelligence, as everyone in the study had taken an intelligence test aged 11.

It's still possible that those who enjoy crosswords and puzzles tend to naturally have a higher mental ability to start with. Or it could be that doing these activities over many years from an early age can help sharpen minds.

So a possible message to take from this research is: if you enjoy regularly exercising your brain in this way, don't leave it until retirement age before you start. It could be that the earlier you do this, the better.

There's no way to definitely prevent dementia. But we do know that what's good for the heart and circulation is also usually good for the brain.

Physical exercise, a healthy diet, not smoking and not drinking too much alcohol may all help reduce the risk.

Find out more about ways to reduce your risk of dementia

The researchers who carried out the study were from the University of Aberdeen, NHS Grampian and the National University of Ireland.

It was published in the peer-reviewed British Medical Journal on an open access basis, so it's free to read online.

Most of the UK media carried reasonably balanced accounts of the study, although the Metro's assertion that "People who do puzzles to try and stave off age-related mental decline may be wasting their time" is a little harsh.

And the stories all focused on crossword or Sudoko puzzles, but the study actually asked whether people enjoyed solving complicated problems, not whether they did puzzles.

This cohort study used childhood data plus tests done over 15 years from the age of around 64 to measure mental ability in older adulthood.

The researchers wanted to see if people's self-reported level of intellectual engagement (such as reading, problem-solving, thinking and being curious about the world) related to their mental ability, and to changes in mental ability as people got older.

This type of study is useful for comparing how factors relate to each other, but can't prove that 1 factor (in this case, intellectual engagement) directly causes another (slower mental decline).

Too many other factors may be involved, such as genetic and lifestyle factors and initial intellectual ability.

Researchers recruited 498 Scottish adults aged around 64 who'd taken intelligence tests on the same day in 1947, when aged 11 or 12.

They were asked to fill in questionnaires about their intellectual engagement, and were then tested on their reading abilities.

They did 2 tests of mental ability (1 for memory and the other for information processing), which were repeated on up to 5 occasions over the next 14 years.

Researchers looked for the possible effects of intellectual engagement on mental ability and changes in mental ability over time, while taking account of people's childhood abilities and education.

Intellectual engagement was measured by questions asking about:

People who had higher scores on childhood intelligence tests were more likely to be intellectually engaged. Women also scored higher on mental processing and intellectual engagement than men.

Many people also dropped out of the study. Only 96 of the 498 people recruited took part in the last round of testing.

The researchers lost touch with 13 people, while 57 people died and 332 declined to take part.

Intellectual engagement in the problem solving area was linked to having higher test results for mental ability, even after accounting for childhood ability and education.

While intellectual engagement in other areas was also linked to higher test results, these tended to be explained by childhood ability, education or female gender.

But none of the measures of intellectual engagement was linked to the speed of decline of people's mental abilities over time.

The researchers said their study "suggests that engagement adds to an individual's cognitive reserve – that is, individuals who engage in regular problem-solving activities might require greater age-related neuropathological burdens [such as damage to the brain from Alzheimer's disease] before clinical thresholds of impairment are crossed and symptoms of cognitive decline are noted".

In other words, people who like problem-solving may have a similar decline in mental ability, but it takes more damage to the brain for them to reach the point at which it becomes noticeable, because they start from a higher level of functioning.

As we live longer, many of us fear losing our mental faculties with age. The idea that we can stave off decline by doing crossword puzzles is attractive, but this study suggests it's more complicated than that.

While problem-solving seems to be linked with improved mental abilities, it doesn't necessarily protect against the decline of those abilities with age.

The study has a few limitations worth pointing out. The first is the problem of drop-out over time.

People are more likely to agree to continued testing if they feel their intellectual abilities remain sharp, and those who have dementia may not be able to take part.

The study benefited from having results of childhood tests of intelligence, but we don't know how those tests may have compared with modern IQ or intelligence testing.

Even if comparable, it's always going to be difficult to ensure that the analyses have completely ruled out the influence of a person's natural mental abilities from the start.

Observational cohort studies can never prove that 1 factor is the main cause of another, so even if the study had found slower mental decline among people who liked problem-solving, we couldn't say for sure that puzzles were the reason for this.

But the study does seem to show that life-long intellectual engagement and problem-solving is linked to higher mental functioning, so it's not the case that giving your brain a workout is a waste of time, especially if you find those activities enjoyable and fulfilling.

Other ways you can try to keep your brain healthy throughout life are: