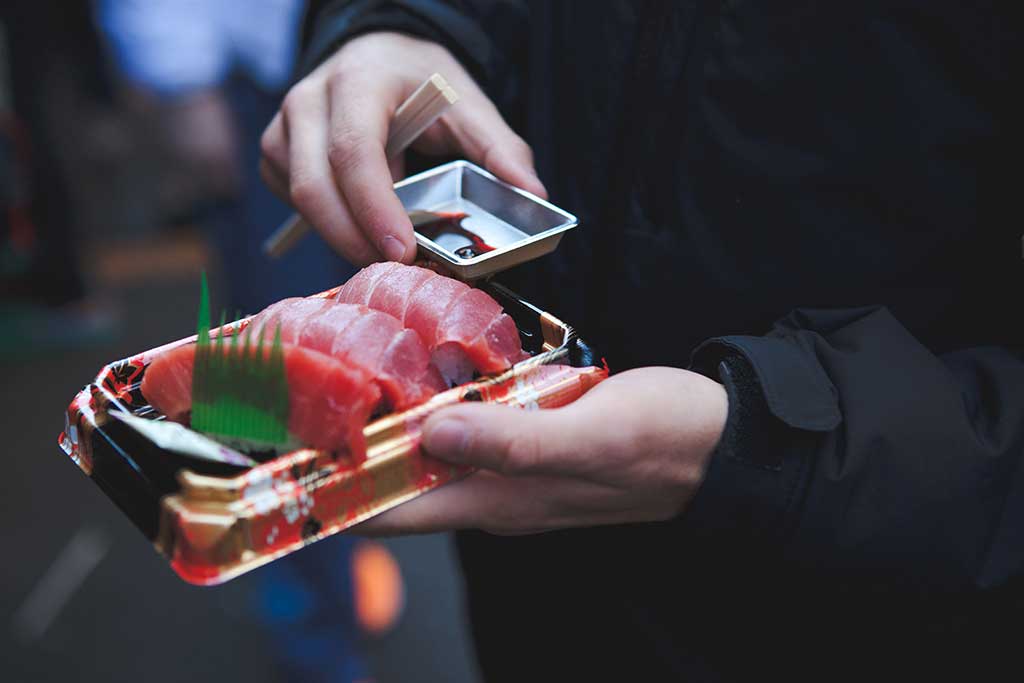 The Independent and the Mail Online report that older adults with a poor sense of smell are more likely to die in the next 10 years, while The Guardian goes so far as to suggest that smell tests could be used to spot dementia.

The reports are prompted by a new study involving 2,000 adults aged 76 years on average, from 2 American cities. They were given a "smell test" at the start of the study. The test examined the ability to recognise distinct odours such as chocolate, lemon, onion and petrol.

The researchers then kept track of these people for the next 13 years to see if sense of smell, or lack of it, was linked with risk of dying.

Half the adults died during the 13-year follow-up period. Those with poor sense of smell had higher risk of dying than those with good sense of smell. When looking by disease cause, the strongest link was with deaths from degenerative brain conditions like Parkinson's disease and dementia.

However, this study can't tell us why the 2 are linked. It could be that nervous system changes in these brain conditions also affect nerves involved with sense of smell. But even then the researchers estimate these conditions only explain a fraction of the link. So there are obviously other unknown factors involved.

The link between sense of smell and risk of death needs exploring further and a "smell test for dementia" is not on the horizon at all.

This study was conducted by researchers from the University of Nottingham and funded by the Intramural Research Program of the National Institutes of Health and National Institute on Aging. The article was published in the peer-reviewed Annals of Internal Medicine journal.

The UK's media coverage of the study was broadly accurate, but The Guardian's claim that "Routine sense of smell tests could be used to spot signs of dementia" is not supported by the evidence presented in this study.

This was a cohort study that aimed to see whether sense of smell in older adults was linked with risk of dying over the coming years.

Observational studies are useful for exploring links between particular exposures or characteristics and subsequent outcomes, but in this case the study can't definitely explain why smell may be linked with mortality. Many other factors could be involved in the association.

This study used participants of the Health ABC (Health, Aging and Body Composition) Study, which was designed to investigate whether changes in body composition (the physical make-up of the body such as the amount of fat, muscle and bone) are related to illness, disability and mortality in older adults. In 1997-98 the study recruited over 3,000 generally healthy, older adults aged 70-79 who were living in the community in 2 American cities (Pittsburgh and Memphis).

Participants had annual health checks and telephone interviews every year up to 2014. A total 2,289 adults completed the 12-item Brief Smell Identification Test (BSIT) in their check in 1999-2000. The test involved smelling 12 common odours found in everyday life and had to identify each from 4 possible answers.

The health and survival of participants was followed by analysing hospital and mortality records. Cause of disease and death were documented.

The researchers looked at the link between smell and these outcomes up to 13 years later, taking account of various health and lifestyle confounders at the start of the study, such as:

Average participant age at baseline was 75.6 years. During an average 13 years of follow-up, about half of the cohort died (1,211 people).

Looking at causes of death, poor smell was strongly linked with deaths from Parkinson's and dementia and more weakly linked with cardiovascular deaths.

The researchers estimated that, when analysed together, dementia and Parkinson's might explain around a quarter to a third of the higher mortality risk.

The researchers conclude that poor sense of smell is associated with higher risk of long-term mortality among older adults. They say how this could not be explained by sociodemographic factors, lifestyle or other health factors and was seen in both men and women and different ethnicities.

This is an interesting analysis that has found poor sense of smell in older age seems to be linked with higher risk of dying in the next 10-13 years. The link was most noticeable for deaths from degenerative brain conditions like Parkinson's and dementia – something which the researchers say has been seen in other studies.

The study had a number of limitations.

The study wasn't looking at premature deaths. The average age was 76 at study start and over the next 10-13 years over half the sample died in any case. So although the study found poor sense of smell was linked with higher risk, the absolute change this makes in the person's likelihood of dying might be quite small.

These were one-off assessments of smell. We don't know how representative they may be of the person's sense of smell in preceding years (for example, whether the person always had a poorer sense of smell) or whether they might have changed in coming years.

Although this was a fairly large study, it was only 2,000 people from 2 cities in the United States. We don't know how representative the sample was of the general older population.

In conclusion, this observational study can't tell us why poor smell and mortality could be linked. It's possible that the development of degenerative change in the brain, as may occur in early dementia for example, could have some effect on the nerves involved with the sense of smell. If this is the case, loss of smell might be a potential indicator of a degenerative brain process – but this is pure speculation.

Even then, as the researchers say, degenerative brain conditions could explain only 30% of the association so there are obviously many other unknown factors involved. Essentially, we can't explain the reason for this link and further study is needed.