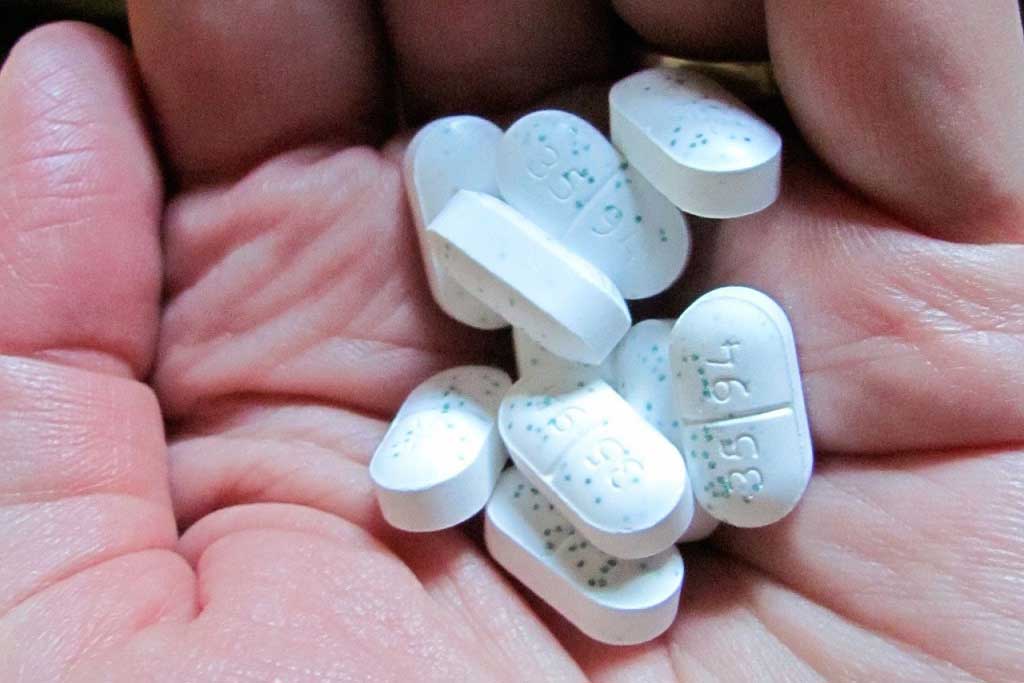 'Millions of healthy people who take aspirin to ward off illness in old age are unlikely to benefit from the drug, a trial has found' The Guardian reports

"Millions of healthy people who take aspirin to ward off illness in old age are unlikely to benefit from the drug, a trial has found," The Guardian reports.

Aside from its painkilling properties, aspirin can also thin the blood. So it is often recommended for people with risk factors that mean they could have a blood clot, and then, a heart attack or stroke triggered by the clot. This usually includes people with a history of heart disease or stroke.

This latest study wanted to see if aspirin also had benefits for older adults with no history of cardiovascular (heart and circulation) disease.

More than 19,000 healthy older people were randomly divided into 2 groups – 1 group received aspirin and the other a placebo (dummy treatment) and the participants were followed up over 4 years.

There was no difference between the 2 groups in the combined outcome of death, disability or dementia. Neither was there significant difference in the rates of cardiovascular disease. However, people in the aspirin group had higher rates of major internal bleeding (an uncommon but serious side effect of aspirin) than those in the placebo group.

This study supports current understanding that for older adults with no previous history of cardiovascular disease, the benefits of taking aspirin are small and do not outweigh the risks.

But if you have been advised to take aspirin due to a history of cardiovascular disease you should not stop taking it without first talking to your GP.

The study was published in the peer-reviewed New England Journal of Medicine.

Though the UK media generally covered the story well, most of the headlines were misleading. Only The Guardian made it clear the study findings related to older people who were in good health. The other headlines could easily be misinterpreted as meaning that aspirin might not be good for any older people, even those with a clear medical need for taking it.

The papers did, however, correctly mention older people may be self-medicating without seeking medical advice, and that this could be a problem.

This was a randomised controlled trial (RCT) investigating the use of aspirin in older people without history of cardiovascular disease to see whether the health benefits outweigh the risks. This is known as "primary prevention". If people have already had a cardiovascular event, then the treatments they are given to stop further health issues are known as "secondary prevention". Although the benefits of giving aspirin as secondary prevention are well established, it is less clear whether it is a good idea to give it as primary prevention, particularly for older people who have higher risk of side effects.

A randomised trial is the most reliable way of testing the direct effects of a drug. This is because randomisation balances out other confounding factors such as lifestyle habits and previous medical history that may influence results.

The trial was conducted between 2010 and 2014 and involved 19,114 older adults from Australia and the US. Adults were eligible if aged over 70 (over 65 for people of black or Hispanic ethnicity from the US) and were not living in care homes. They also had to have no history of:

People were given daily low-dose aspirin (100mg in this case) or placebo tablets. The trial was double blind, meaning that neither participants nor researchers knew which they had been given.

The results of this trial were published in a series of 3 papers, which reported a range of outcomes. One looked at disability-free survival, a combined outcome of death, disability or dementia. Another paper looked at the occurrence of cardiovascular disease (including fatal and non-fatal heart attack or stroke or hospitalisation for heart failure). Another looked at the number of deaths from any cause.

The publications also reported rates of major bleeding (haemorrhage), which is likely to have serious health consequences.

Follow-up was for an average of 4.7 years.

There was no significant difference between groups in the rate of disability-free survival (hazard ratio [HR] 1.01, 95% confidence interval [CI] 0.92 to 1.11). The rate of the combined outcome of death, disability or dementia was 21.5 events per 1,000 people per year in the aspirin group vs 21.2 per 1,000 in the placebo group.

The researchers concluded that for elderly people without known cardiovascular disease, regular low-dose aspirin does not prolong disability-free survival or reduce the risk of cardiovascular disease. However, it put them at higher risk of having a major haemorrhage and was also associated with higher mortality from all causes.

The researchers highlighted that guidelines from the US, Europe and Australia had previously concluded that there was little evidence of a benefit from taking aspirin in this group, but that many relatively healthy elderly people are taking it anyway.

This trial provides valuable information for doctors that any benefits for aspirin in older people who do not already have cardiovascular disease are likely to be small and do not outweigh the bleeding risk.

Aspirin is known to increase risk of bleeding and to damage the stomach lining. These risks are thought to be higher in older people. For people who already have cardiovascular disease the benefits in terms of preventing further cardiovascular problems are considered to outweigh the risks.

In the UK, routine use of aspirin in older people who don't have a history of cardiovascular disease is not recommended, unless people are assessed as having an increased risk of cardiovascular disease. This may include, for example, people with heart rhythm problems such as atrial fibrillation. Therefore it is worth noting that this trial included only generally healthy older adults, and excluded people with certain health conditions, like atrial fibrillation, dementia and significant physical disabilities.

Many people over 70 may have an existing health condition, so the population studied in the trial might not represent all older people. Doctors need to assess the risk of cardiovascular disease and balance the risks against benefits of aspirin on an individual basis.

Overall, aspirin is a beneficial medicine for people who have a history of heart or vascular problems, and is also likely to benefit certain individuals at higher risk of these problems. The most important thing is to be guided by your doctor. It is not a good idea to take daily aspirin on a regular basis unless you have been advised to do so. And equally you shouldn't suddenly stop taking aspirin if you have been advised by a doctor to take it.