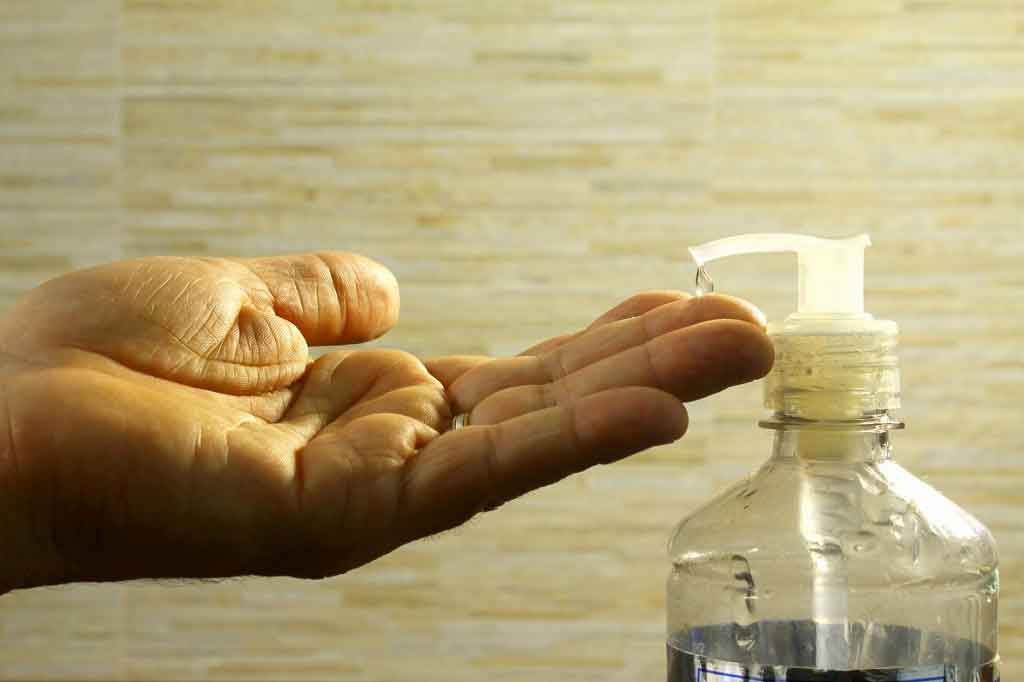 "Chemical found in soap and toothpaste linked to osteoporosis in women," reports The Daily Telegraph. Chinese researchers used data from ...

"Chemical found in soap and toothpaste linked to osteoporosis in women," reports The Daily Telegraph.

Chinese researchers used data from US surveys to look for a link between levels of the chemical triclosan in the body and bone strength (bone mass density).

Triclosan is an antibacterial chemical used in some hand washes and gels, and also in some types of mouthwash and toothpaste.

It's thought to interact with the hormone oestrogen, which is involved in bone formation.

People (usually postmenopausal women) with bone mass density below a certain level have osteoporosis, or brittle bones. This makes them more vulnerable to fractures.

The researchers found women in the US with higher levels of triclosan in their urine were likely to have lower bone mass density.

They were also more likely to have osteoporosis measured at 1 point on the thigh bone, but not at other points on the thigh or spine.

But this study does not prove that triclosan causes lower bone mass density or osteoporosis. Other unmeasured factors could also be involved.

In the US the Food and Drug Administration (FDA) recently banned the use of triclosan in certain antiseptic products. No such ban currently exists in the UK.

If you're concerned about exposure to triclosan, check the list of ingredients on products that are labelled as having antibacterial properties.

It was funded by the National Natural Science Foundation of China and the Medical Science and Technology Project of Zhejiang Province, and published in the peer-reviewed Journal of Clinical Epidemiology and Metabolism.

Reports in Mail Online, Sky News and The Daily Telegraph did not clearly explain that the study only showed a link between triclosan and osteoporosis, not that triclosan was the cause of increased osteoporosis.

Mail Online's headline that women exposed to triclosan "are more likely to break their bones" is incorrect as the study did not measure fracture rates, only bone mass density.

This was a series of 3 cross-sectional surveys, meaning it gives a snapshot in time of both triclosan levels in urine and women's bone mass density.

This sort of study is good for spotting potential risk factors.

But we do not know about the relationship between the 2 factors over time, which means we cannot tell whether 1 risk factor (triclosan) caused the outcome (osteoporosis).

Researchers used data from 3 US national surveys (part of the National Health and Nutritional Examination Survey) carried out between 2005 and 2010.

People were invited to take part in surveys that included questions about diet, health conditions and lifestyle, and also involved medical examinations and laboratory tests, including urine tests.

The researchers looked at data from a sub-set of 1,848 women aged 20 and over where results for urinary triclosan levels and bone mass density at the spine and hip, measured by DEXA scan, were available for analysis.

A DEXA scan is considered the "gold standard" for diagnosing osteoporosis.

Women who were pregnant, weighed over 136kg (21.4 stone) or had fractures, plates or prosthetic joints in both hips were excluded from DEXA scans.

The team split the women into 3 groups according to the level of triclosan: those with the highest levels, medium levels and lowest levels. They then compared DEXA results between each group.

They did not look at whether triclosan affected women's chances of having had a fracture.

They looked separately at DEXA scans taken at various points on the thigh bone and lower spine.

They also did an analysis by menopausal status to see how that affected the results.

Researchers adjusted the results to account for the following potential confounding factors:

The researchers found that, compared with women with low triclosan levels, those with high levels of triclosan had lower bone mass density (weaker bones) measured at all points on the thigh and lower spine.

They said women with higher levels of triclosan were about 2.5 times more likely to have osteoporosis measured at the intertrochanter region, the point on the thigh bone between 2 bony protrusions where the hip muscles attach (odds ratio [OR] 2.46, 95% confidence interval [CI] 1.19 to 5.11).

But they did not find an increased risk of osteoporosis when bone density was measured at other points on the thigh or spine.

The researchers said this was "the first epidemiological study to investigate the association between urinary TCS [triclosan] concentration with BMD [bone mass density] and osteoporosis in US adult women".

More than 3 million people in the UK have osteoporosis, and half a million are treated for breaking fragile bones each year.

This makes it important to find out about what might increase the risk of osteoporosis.

But this study has limitations, so we need to treat the results with caution.

The study's design means we cannot be sure that triclosan was a cause of lower bone mass density.

Triclosan moves through the body quite quickly, so there's some uncertainty about how well a single urine test can capture the usual levels of triclosan people are exposed to.

The study does not provide details of the level of triclosan in each of the 3 groups, so we do not know how much higher the concentration was for those in the top third compared with the bottom third.

The findings relating to osteoporosis are also a little puzzling, because it's not clear why triclosan would worsen bone density in 1 area of the thigh bone but not in others.

Some manufacturers have already decided not to use triclosan in their products.

If you're at risk of osteoporosis, you might choose to avoid products that contain triclosan.

But this study does not provide particularly strong evidence to make any changes to the products you choose.

There are other things you can do, such as taking regular exercise and eating well, to help avoid osteoporosis.

Find out more about osteoporosis