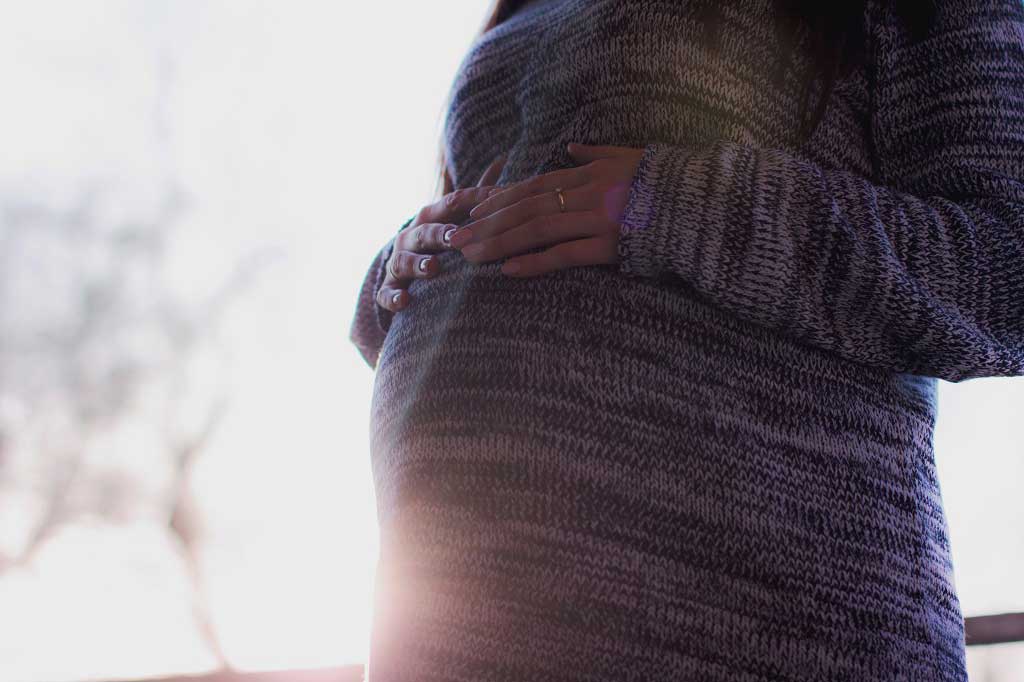 "Breech baby scan 'would save lives'," reports BBC News. Researchers in Cambridge scanned around 4,000 women at 36 weeks to see whether their babies were in the breech position ...

Researchers in Cambridge scanned around 4,000 women at 36 weeks to see whether their babies were in the breech position, meaning their bottom would come out first.

Babies are usually born head-first, and a breech presentation can be risky for mother and baby.

In the UK, midwives or doctors check for breech presentation by feeling the mother's bump.

But this study found more than half the women with breech babies detected by ultrasound scan had not previously been identified.

If a breech pregnancy is spotted in advance, women are often offered a procedure to try to turn the baby, known as external cephalic version.

If that's not possible or successful, doctors usually recommend a planned caesarean section to reduce the risk to the baby.

But if women do not know they have a breech pregnancy until they're in labour, they have to take the risk of a vaginal breech birth or have an emergency caesarean section.

Researchers calculated that 7 to 8 babies' lives could be saved in the UK each year if all women were scanned at 36 weeks.

The researchers who carried out the study were from the Cambridge Institute of Public Health and the University of Cambridge in the UK.

The study was funded by the National Institute for Health Research.

It was published in the peer-reviewed journal PLOS Medicine and is free to read online.

The Sun and BBC News both gave a good overview of the study.

The Guardian and Mail Online both reported that introducing scans would reduce the number of caesarean sections, which is not strictly the case.

The researchers estimated more women would have a planned caesarean, but fewer would have an emergency caesarean.

The researchers used results from a cohort study to create a model that could predict costs and potential outcomes of screening.

This allowed them to create a cost-effectiveness analysis.

A cohort study can show us what happens to a particular group of people in a situation, but it does not tell us what would have happened in other circumstances – for example, if these same women had not been offered screening.

This makes the results less reliable.

Researchers recruited more than 4,000 women to take part in a study of birth outcomes.

All the women had scans at 36 weeks, which looked at whether the baby was in a head-first or breech presentation.

Researchers used results from 3,879 women who'd been pregnant with their first child and for whom all results were available.

The women with a breech baby were given the results and offered a procedure (external cephalic version) to try to manually turn the baby around.

If they did not have the procedure or it did not work, they were given counselling about their options and offered a planned caesarean section or vaginal birth.

Researchers recorded what happened to the women and their babies.

They used this information to build a model that compared scanning all pregnant women at 36 weeks with scanning only those whose doctors or midwives recommended a scan because they suspected a breech birth.

They looked at what effect universal scanning would have on birth outcomes, mortality and costs.

Researchers found 179 (4.6%) of the women scanned had a breech pregnancy.

Less than half of these women (83) had previously had a breech pregnancy suspected.

Doctors tried turning the baby for 84 women, but it was only successful for 12.

Some of the women's babies turned without intervention.

Of the women with breech pregnancies at 36 weeks:

Because of this change in mode of delivery, the researchers estimate 7 to 8 fewer babies would die during birth each year.

The economic model showed the cost of ultrasound scans had a big impact on whether universal scanning would be cost-effective.

If scans could be provided for around £20 per woman, the researchers said, it would be acceptable by the usual measures of cost-effectiveness.

The researchers concluded that if scans could be done by midwives using portable machines as part of a routine 36-week antenatal appointment, "it is likely to be cost-effective".

They said: "Such a programme would be expected to reduce the consequences to the child of undiagnosed breech presentation, including morbidity and mortality."

This study highlights that some women with breech pregnancies remain undiagnosed until they go into labour.

Knowing in advance may help women and their doctors plan better, and gives them the chance to try procedures to turn the baby.

But the study has limitations, which suggests more work needs to be done before universal ultrasound scanning at 36 weeks is tried.

The model was based on information from a relatively small cohort study, not a randomised controlled trial.

So although we know what happened to the women who were scanned, we do not know what would have happened if they had not been scanned.

The study looked mainly at the short-term effects of the method of delivery on the baby.

It did not look at the potential longer term impacts of a caesarean section on mother and child.

That makes it hard to get a true picture of the costs and benefits of a universal scanning programme for pregnant women at 36 weeks.

Breech babies are uncommon, at around 3 to 4% of pregnancies. And some babies turn head-down spontaneously.

If you have been told your baby is in a breech position, talk to your midwife or doctor about your options.

Watch a video to find out more about breech pregnancies