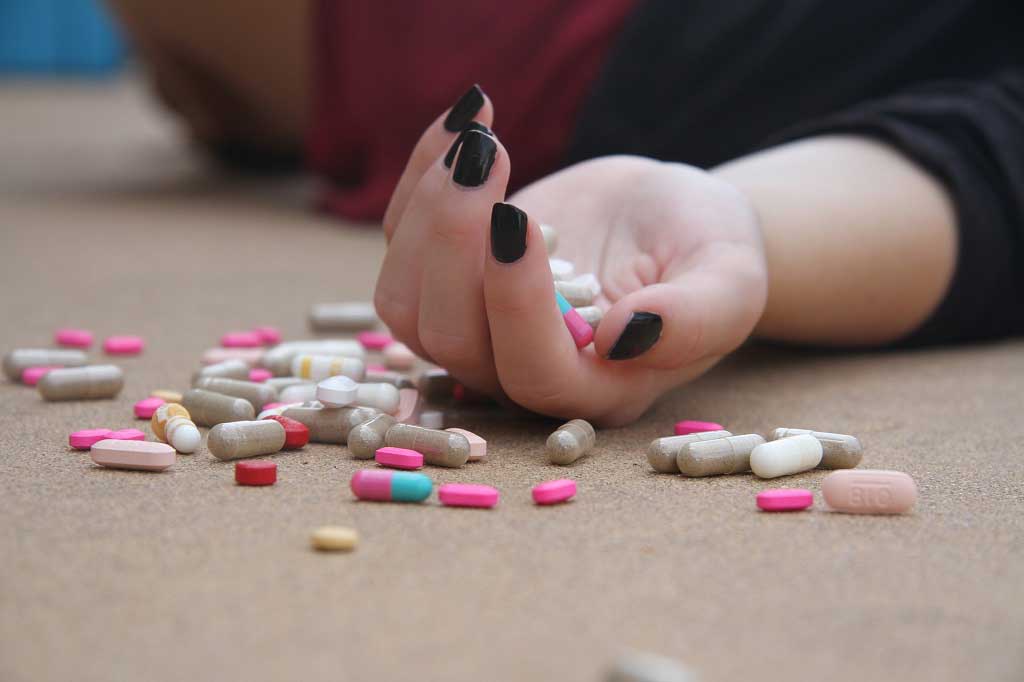 "Sharp rise in young people overdosing on painkillers and antidepressants," reports The Guardian, describing a UK study that looked at rates of "poisoning events" in recent years.

Researchers looked at data from GP records, hospital admissions and information from the Office for National Statistics to identify poisoning events.

They focused on the experiences of young people aged 10 to 24 at some point during the study period from 1998 to 2014.

Just under 2% of the young people studied had experienced poisoning events over the study period. The study says about 3 out of every 5 incidents (66.5%) were deliberate overdoses.

Rates have increased in recent years, with greater increases in young women and girls compared with young men and boys.

People from more deprived backgrounds had higher rates than those from the least deprived groups.

The most common substances involved in poisoning events were over-the-counter painkillers, such as paracetamol, and alcohol.

If you or someone you know are having difficulties with mental health and may be thinking about self-harming or suicide, help is available.

Find out more about getting help

You can also contact Samaritans on 116 123 or by emailing jo@samaritans.org.

The study was carried out by researchers from the University of Nottingham and was funded by the UK National Institute for Health Research.

The study is free to read online.

The story was picked up by The Guardian. The coverage of the research was accurate and placed particular emphasis on the findings from the most recent years.

The Guardian also provided some relevant quotes from independent experts, such as Professor Helen Stokes-Lampard, the chair of the Royal College of GPs.

Professor Stokes-Lampard pointed out: "The self-poisoning methods being used by young people – whether that be the misuse of paracetamol, alcohol, opioids or something else – can have dangerous implications on a person's short-term and long-term physical and mental health."

This retrospective cohort study used routinely collected data to look at trends and patterns in a section of the UK population.

Using routinely collected data sources like these is a good way at looking at patterns of health and illness across large numbers of people.

It's often possible to look at bigger groups of people for longer periods of time than might be possible if the researchers were to start a new study from scratch.

But the data wasn't collected specifically with research goals in mind (such as studying trends in poisoning).

This means there may be more gaps in the data or errors, which can make the results slightly less reliable.

The researchers used data from the CPRD GP records, where data from HES and the ONS could also be linked. This covered 395 GP surgeries in England.

Records from the databases were linked together at a secure facility. The researchers were given anonymised versions so they wouldn't be able to identify anyone from the data.

The study looked at the experiences of young people registered at one of the GP surgeries included and who were aged 10 to 24 years old at some point during the period from April 1998 to March 2014.

The researchers looked for any evidence of "poisoning events" during the study period, from any of the 3 linked databases.

If one person had more than one poisoning event, all of these were included.

If the data came from the ONS mortality database, it was only included if poisoning was listed as a main cause of death.

For the analysis, rates of poisoning events were calculated for different substances.

The researchers also looked specifically at differences in the rates according to the sex, age, geographical area, and socioeconomic deprivation level of the person, as well as how the rates changed over time.

As each person could be in the study for a different length of time, the researchers calculated how many "person years" were covered in the database.

Over the study period, 31,509 young people experienced a total of 40,333 poisoning events, with a third having more than one event recorded.

Overall, 66.5% of poisoning events were listed as intentional, 7.5% were unintentional, and the rest didn't have a clear reason recorded.

The most common substances involved were:

For the most commonly involved substances, rates increased over time, with the greatest increase in females.

Young people in the most deprived socioeconomic groups had higher rates of poisoning events across different substances than people in wealthier groups.

The researchers identified some limitations of their study, including that more than 40% of recorded poisoning events didn't have a substance listed, which makes it harder to look at the impact of particular substances.

They noted that their overall findings were similar to previous UK, US and Australian studies, which showed that over-the-counter drugs like paracetamol were the most commonly used substances.

The researchers recommended that the quantity of potentially harmful substances made available to young people should be limited, particularly if they have a history of self-harm.

This study gives us insight into the rate at which poisoning events are occurring in England among young people in recent years.

There are some limitations to the study, however. As the data wasn't originally collected for research purposes, there are some gaps that limit the interpretation, such as the substances involved in some poisoning events.

The study also focuses on people in England because of restrictions in the available data.

We therefore don't know whether the patterns are the same or different in other regions of the UK.

Read more advice about how you can get help if you're self-harming or thinking about suicide.