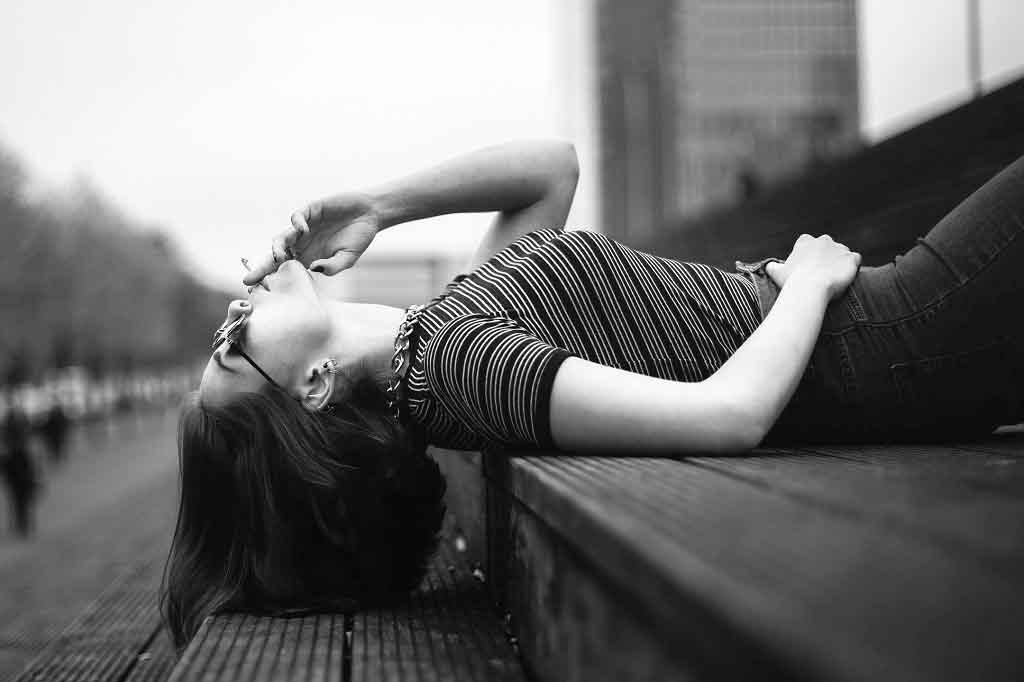 Researchers have estimated that people who use high-strength cannabis daily are 5 times more likely to have a first episode of psychosis.

Psychosis is a mental health disorder where people become temporarily disconnected from reality and may see things that are not there, hear voices, or become paranoid or delusional.

Estimates of the potency of different strains of cannabis were based on how much of the active ingredient tetrahydrocannabinol (THC) they contained.

This study looked at patterns of cannabis use, such as how often people used it and what type they used, in 16 areas of Europe and 1 in Brazil.

Researchers used the results, along with rates of psychosis, to estimate what effect cannabis use might have on the numbers of new diagnoses of psychosis in these areas.

They found daily use of high-strength cannabis was common in London and Amsterdam, and that this might account for 30% of new cases of psychosis in London and 50% in Amsterdam each year.

While we cannot be sure that cannabis was the cause of psychosis for all participants in the study, the findings do need to be taken seriously.

The study found that compared with not using cannabis, daily use of high-strength cannabis is linked to having a 5 times greater risk of a psychotic episode.

Find out more about the effects of cannabis

The researchers who carried out the study came from 18 research centres around the world, led by Kings College and South London and Maudsley NHS Foundation Trust in the UK.

The study was funded by the UK Medical Research Council, the European Community, the São Paulo Research Foundation and the UK National Institute of Health Research.

It was published in the peer-reviewed journal, Lancet Psychiatry.

The study was covered widely in the UK media, and the reporting was mostly accurate and balanced.

The Mail Online slightly confused the issue by saying that cannabis was linked to "psychotic disorders such as schizophrenia and paranoid delusion".

We do not know whether any of the people in the study had schizophrenia, which is usually a long-term condition, as the study only looked at first episodes.

Not everyone who has a first episode of psychosis goes on to have schizophrenia.

This was a case-control study. People with a first episode of psychosis were matched with people of a similar age, gender and ethnic profile, and their use of cannabis was compared.

This allows researchers to find out whether a factor of interest (cannabis use in this case) is more common among people with a relatively rare condition, such as psychosis.

It does not prove that this factor actually caused the condition.

Researchers from 17 medical centres across Europe (including in England, France, the Netherlands, Italy and Spain) and Brazil recruited patients who'd had a first episode of psychosis between May 2010 and April 2015.

The 1,130 people who agreed to take part were interviewed about their socioeconomic background and drug use (including use of alcohol, tobacco, cannabis and other street drugs).

Researchers then recruited 1,499 people from the same areas with the same broad characteristics as the people diagnosed with psychosis, and asked them the same questions.

Because of missing information about drug use in some centres, some people had to be excluded from the study, leaving the researchers with information from 11 centres: about 901 people with psychosis and 1,237 people without.

The researchers analysed the data to estimate how much of an effect cannabis use had on the chances of having a psychotic episode.

They took into account the effects of socioeconomic background and non-cannabis drug use.

They then used information about the numbers of first episodes of psychosis per 100,000 people per year in each area, and the proportion of people in the control group who used cannabis, to calculate what proportion of cases of psychosis might be caused by cannabis use, assuming that it was causing the illness.

They also used the data to see whether differences in patterns of cannabis use could explain the wide variations in the rate of first episodes of psychosis between the different study areas.

Taking all the study areas together, researchers found that compared with not using cannabis:

Looking at the places with the highest cannabis use:

The rate of first episode psychosis in London was 45.7 cases for every 100,000 people per year.

If high-strength cannabis was not available, the researchers said 30.3% of these, or around 14 cases for every 100,000 people a year, might be avoided.

The researchers said the big variation in rates of first psychotic episodes between places like London and Amsterdam, where high-strength cannabis was widely available, and places in Italy where it was less readily available, could be explained by differences in people's cannabis use.

The researchers said their findings "confirm previous evidence of the harmful effect on mental health of daily use of cannabis, especially the high-potency types".

They added: "Our findings have substantial implications for mental health services and public health.

"Education is needed to inform the public about the mental health hazards of regular use of high-potency cannabis, which is becoming increasingly available worldwide."

Cannabis, particularly high-strength cannabis with 10% or more THC, has been linked to mental health conditions, including psychosis, before.

A study last year found almost all cannabis seized in police raids in England was of the high-strength variety.

This study adds to existing evidence that suggests regular use of high-strength cannabis carries the risk of mental health problems.

Psychosis is a condition that might lead to further mental illness.

But factors other than cannabis use may be involved in the development of psychosis.

For example, in this study people with psychosis were more likely to be out of work than the control group, and less likely to have had further education.

Some people in the control group used cannabis, but had not had psychosis.

So it looks as if some people may be more vulnerable to the risks of high-strength cannabis than others.

This study has limitations. We do not know the exact strength of cannabis people were using because the researchers first classified it based on the name people gave it (for example, high-strength cannabis sold in London is often called skunk).

They then used an estimate of the potency of cannabis based on data previously gathered in 2016 looking at geographical variations in THC strength.

While both approaches are valid, the estimates may not be entirely accurate.

And all reports of cannabis and other drug use were based on people's answers to a questionnaire, not on medical tests.

We do not know whether the cannabis that people used included high or low levels of cannabidiol, a substance found in some types of cannabis that may protect against the psychotic effects of THC.

Despite all the unknown factors, people need to be aware that the balance of evidence at the moment suggests using high-strength cannabis, especially if you use it every day, may be putting you at a much higher risk of having a psychotic episode.

Find out more about psychosis