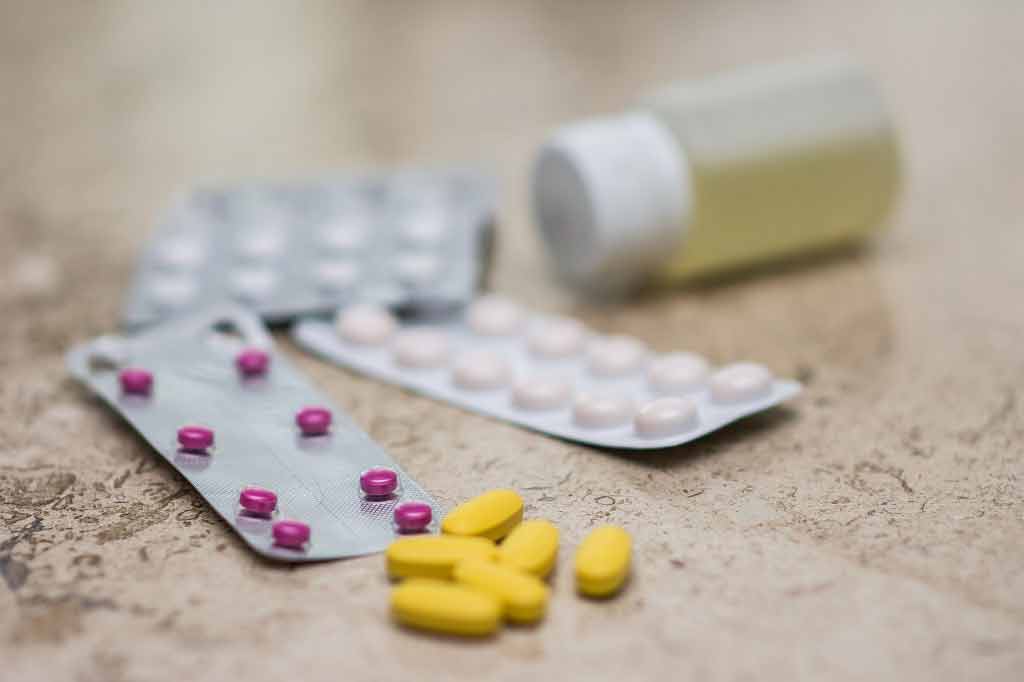 'A quarter of patients with bipolar disorder are being prescribed drugs which could make their symptoms worse, a new study has claimed' BBC News reports

"Bipolar patients 'could be on the wrong drugs'," reports BBC News.

A study in Scotland has looked at medicines given to people with bipolar disorder from 2009 to 2016 to see if there has been any changing in describing patterns.

People with the condition experience extreme moods, with episodes of feeling very low (depression) and others where they feel high and hyperactive (mania).

Treatment is fairly complex and usually takes place in hospital, rather than with a GP. The recommended first choice for long-term treatment, according to NICE guidelines, is lithium, a mood stabiliser. Antidepressants may be used as well if there the patient also has depression. Antipsychotic medicines are often used in the management of a sudden episode of mania, or may be used as part of longer-term care.

The study found that most patients weren't being prescribed lithium but were given antidepressants, which can make their condition worse. The use of antidepressants alone without a mood stabiliser like lithium may worsen or stimulate episodes of mania in people with bipolar disorder. The study does not tell us why people were prescribed these drugs.

While the study was based on Scottish data the researchers report that "these trends [in prescribing] are likely to reflect practice across the UK".

Bipolar disorder is a complex disease and people may have tried a variety of medicines in different combinations. We can't say for sure that people were prescribed the "wrong drugs", as the study suggests.

Nevertheless, the findings give some cause for concern and need looking into further to be sure that medical services for people with bipolar disorder are in line with evidence-based guidelines.

The BBC News coverage is well-balanced, although there's a lack of clarity about how many people were prescribed lithium. Also the fact that the guidelines on lithium have only been in place since 2014 was not reported.

This was a cohort study that used linked databases to identify people diagnosed with bipolar disorder and the medications they were prescribed. It helps us to see what happened over the study period, but doesn't tell us why it happened.

Researchers used two Scottish NHS databases. The first allowed them to identify people with a diagnosis of bipolar disorder. The second allowed them to see what drugs, if any, they had been prescribed between 2009 and 2016. This resulted in a group of 23,135 patients with the most common type of bipolar disorder, who had been prescribed medication at least once during the study period.

The researchers then looked at which of 6 categories of medicine people were prescribed for a period of at least 3 months:

The researchers also looked at whether people were prescribed drugs from just one category, or from two or more categories.

The most common form of treatment was treatment with antidepressants alone (25% of people), followed by antipsychotics (12.9%) and hypnotics or anti-anxiety drugs (anxiolytics) (6.9%).

Lithium alone was the sixth most commonly prescribed form of treatment, with 5.9% of people receiving it.

Results from individual study years showed that the proportion of people receiving lithium either alone or in combination fell from 26% to 22% over the course of the study. During the same period, the use of antipsychotic drugs alone or in combination rose from 45.8% to 51.1% and the proportion receiving antidepressants remained relatively stable.

The researchers said a "wide range of factors" could contribute to their findings, including changes in medical training and the promotion of alternatives to lithium by the pharmaceutical industry. They say "the trend over time for a greater proportion of patients taking multiple classes of psychotropic medications is a major".

They say that their findings are likely to reflect UK-wide practice. They conclude: "Most patients with bipolar disorder in Scotland are missing out on optimal treatments (such as lithium) and that many are receiving treatments (such as antidepressant monotherapy) that are at best ineffective and, at worse, detrimental for long-term outcome."

The study raises concern that management of bipolar disorder may be out of line with best practice.

It's notable that prescription of lithium was low, however the investigation spanned from 2009 to 2016 and lithium was only recommended as the first-line drug in the NICE guideline from 2014. Prior to that lithium was reserved for people who did not respond to other drugs because of concerns about toxic side effects and the need for frequent blood tests. So it may be that there has been a delay in the guidelines being taken up.

However, there are certain findings – such as the use of antidepressants alone that may worsen mania, or taking multiple combinations of antipsychotics – which need some explanation.

There are some limitations to the study. The study relies on people's diagnoses having been recorded and coded correctly. The researchers were unable to tell if patients had moved away from Scotland and were being treated elsewhere, so some data may be incomplete. Also, information about socioeconomic status of patients was missing in many cases, meaning the researchers' adjustment of the figures to take account of the possible impact of this may have been inadequate.

If you have bipolar disorder and are concerned that your medicine is not meeting your needs, it's best to speak with your doctor about your treatment options. Treatment is not limited to drugs – psychological (talking) therapies can be helpful too.

Find out more about bipolar disorder.