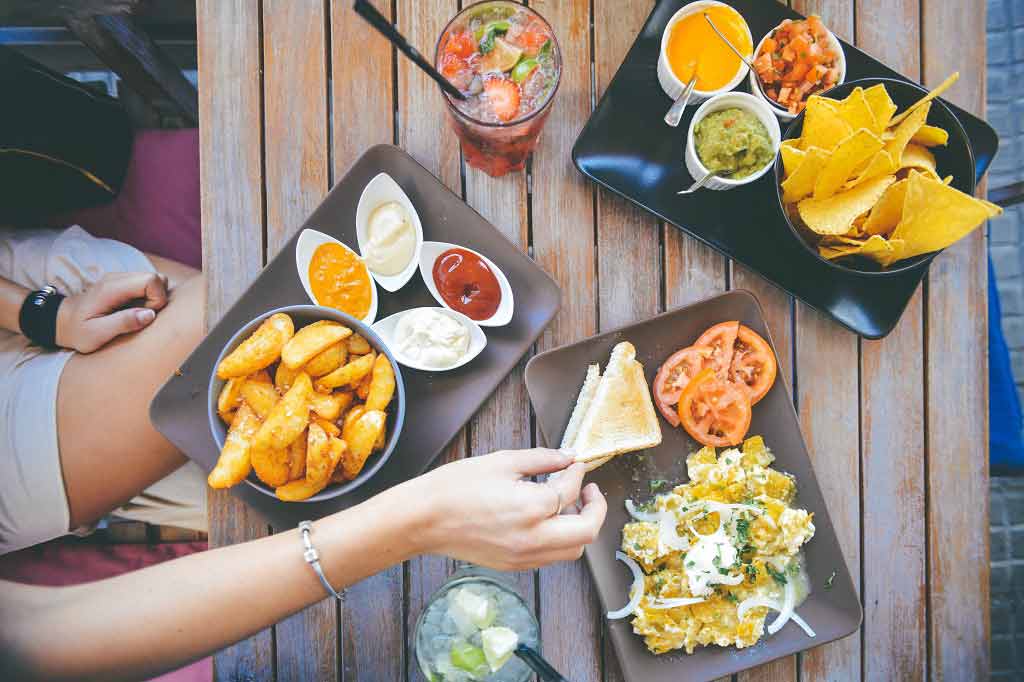 In a new analysis, researchers have estimated that 11 million deaths around the world were related to poor diet.

They found eating a diet high in salt, but low in fruit, wholegrains, nuts and seeds, was associated with more than half of the deaths.

Researchers used national food frequency questionnaires and food sales data to estimate consumption of 15 different aspects of diet, such as vegetables and red or processed meat, for each country.

They then used data from observational studies to assess the impact of these diets on cardiovascular disease, cancer, type 2 diabetes and risk of death.

While the results would seem to reinforce the importance of a healthy diet, it's worth noting that there are a number of limitations to this type of research.

The main limitation is that it's based on observational data, so cannot prove that poor diet caused the illnesses or deaths.

Despite this, there are clear links between each dietary component and disease.

Cutting down on salt, red and processed meats and saturated fats, while increasing intake of fruit, wholegrains, nuts, seeds and vegetables, is likely to have wide-ranging health benefits.

Find out more about eating well

The study was carried out by an international group of hundreds of researchers called the Global Burden of Disease 2017 Diet Collaborators.

It was funded by the Bill and Melinda Gates Foundation and published in the peer-reviewed journal The Lancet on an open access basis, so you can read it for free online.

There was wide coverage in the UK media, who reported the results accurately but did not explain where the data had come from or what the limitations are.

This modelling study estimated dietary intake around the globe and linked this to observational data on the effect of various components of diet on the risk of illness and death.

The researchers used a variety of different sources for their data and various statistical techniques to account for missing data.

This type of research is appropriate for looking at the effect of diets, as randomised controlled trials would not be feasible or ethical.

The researchers looked at 15 dietary risk factors, which equated to 15 different food types.

They performed a systematic review to identify national nutrition surveys to estimate intake of these 15 food types.

The researchers supplemented this information with national food sales data and studies of 24-hour urinary sodium.

They then used sophisticated statistical techniques to split the data according to sex and age.

Next, they used data from published meta-analyses to estimate the effect of each aspect of diet on the risk of death or disease. This was based on observational studies.

These studies were also used to estimate the suboptimal level (levels either low or high enough to cause potential health difficulties) of daily intake for each dietary component:

Globally, diets were not reaching the recommended levels of any of the healthy or unhealthy intake recommendations, apart from:

The biggest mismatches in consumption versus recommendations were for low nuts and seeds, milk and wholegrains.

They estimated that globally in 2017, poor diets were responsible for a number of deaths.

The main dietary factors contributing to deaths were:

The researchers found that, "improvement of diet could potentially prevent 1 in every 5 deaths globally".

They said that, "suboptimal diet is responsible for more deaths than any other risks globally including tobacco smoking", concluding that, "dietary policies focusing on promoting the intake of components of diet for which current intake is less than the optimal level might have a greater effect than policies only targeting sugar and fat."

This interesting study highlights the importance of eating a varied, healthy diet.

Although the researchers have made every effort to look at the links between diet, illness and death, the data is based on estimates and assumptions because it's not possible to do randomised controlled trials in this area.

The sources used included data from food frequency questionnaires, which present a snapshot of a person's diet.

These can be inaccurate due to poor recall, or be unrepresentative of their diet over a longer period of time.

The researchers also used observational studies to estimate the effect of each dietary component on the risk of illness or death. Again, these are estimates.

Observational studies are unable to prove that diet causes illness or death because other unmeasured factors could be responsible or play a role.

Despite these limitations, cohort studies have consistently shown links between poor diet and cardiovascular disease, type 2 diabetes and cancers.

Increasing how many wholegrains, fruit, nuts and seeds you eat, and reducing salt intake, are the main take-home messages from this study.