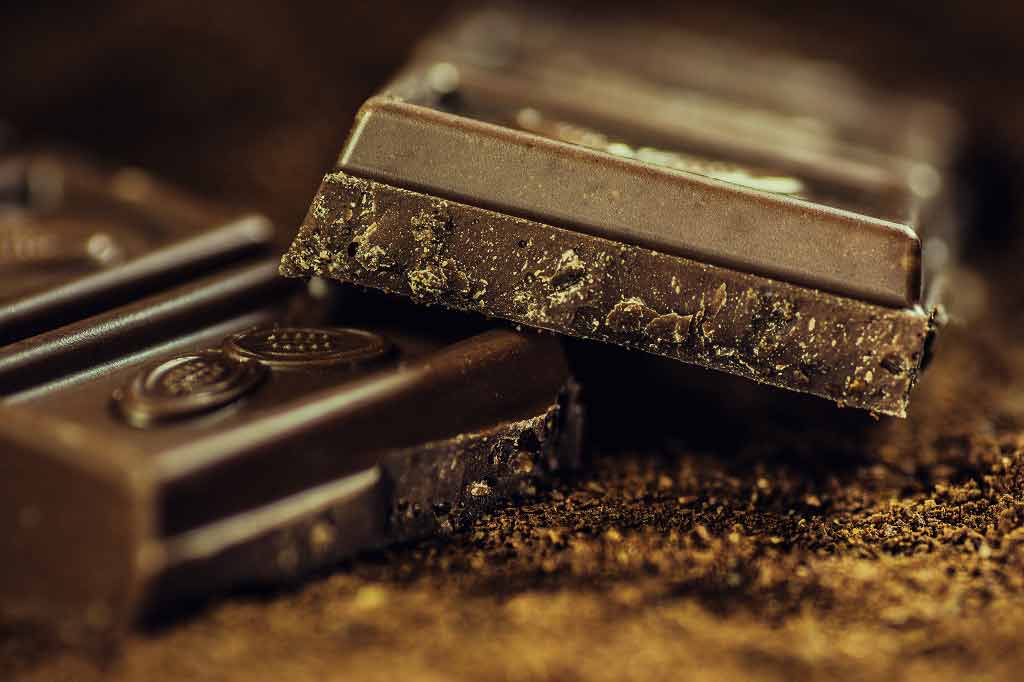 "Eating a few squares of dark chocolate every day 'improves your blood pressure in just one month'," is the overoptimistic headline in the Mail Online.

"Eating a few squares of dark chocolate every day 'improves your blood pressure in just one month'," is the overoptimistic headline in the Mail Online.

Unfortunately for chocoholics, the study involved just 30 people, so the results are not particularly robust.

And all 30 were young healthy adults, so we do not know whether there would be any benefit for older people with a confirmed diagnosis of high blood pressure.

Various measurements were taken before and at the end of the study.

Blood pressure reduced slightly in both groups, though more so in people who ate the 90% cocoa.

In this group, people's arteries were also a little more elastic, which may possibly reduce the risk of cardiovascular disease at a later date.

But the researchers did not consider any other factors that could have affected the results.

The small changes in blood pressure may be because the participants were more relaxed when they had tests at the end of the study.

Overall, the study does not provide enough evidence to recommend that people eat strong dark chocolate to improve their blood pressure.

If you want to prevent or reduce high blood pressure, lifestyle changes that can help include having a healthy diet, maintaining a healthy weight, doing regular exercise and stopping smoking.

The study was carried out by researchers from the Polytechnic Institute of Coimbra in Portugal and the University of Gothenburg in Sweden.

No funding information was provided.

It was published in the peer-reviewed journal Nutrition.

The Mail Online reported the research reasonably accurately, but did not explain the study's limitations, instead overstating the results.

This randomised controlled trial compared the effect of eating 2 different strengths of chocolate.

Randomised trials are generally the best way to compare 2 interventions.

But there have to be enough people in each group to ensure that any results are not down to pure chance.

Arguably this small study did not pass that threshold.

Thirty adults aged between 18 and 27 were assigned to eat 20g of chocolate every day for 30 days.

Half were given chocolate with a lower dose of cocoa, which contained roughly 55% cocoa with 12.6mg epicatechin per gram.

The other half ate a 90% version containing 18.2mg epicatechin per gram.

Epicatechin is a bioactive compound found in dark chocolate that's been linked to improved cardiovascular health.

Most of the participants were women (26), with a mean body mass index (BMI) of 23 (considered a healthy weight) and an average age of 20.

Various measurements of the heart and arteries were done before the start of the study and again at the 30-day study.

The participants were asked not to do intense physical exercise or smoke in the 2 hours before the measurements were taken.

They were also told not to have the following foods the day before the tests:

After 30 days, there was no difference in pulse rate or the structure of the heart.

Blood pressure reduced in both groups, but was lower in the high cocoa group:

The authors did not report a measure of statistical significance between the groups for blood pressure, so we do not know if either reduction was the result of chance.

Arterial stiffness reduced and the elasticity of the aorta improved in the high-dose group.

An improvement in the function of the lining of blood vessels was seen in both groups, but more so in the high-dose group.

This was estimated to be an improvement of 2.6% in the low-dose group and 7.8% in the high-dose group.

They said: "The extent to which cocoa may interact with other healthy lifestyle strategies remains to be explored, and further research is needed to clarify the underlying mechanisms and to define optimal amounts of regular cocoa-rich dark chocolate intake."

The results of this study suggest that eating 20g of 90% cocoa dark chocolate every day may be good for our arteries.

But the results are based on just 30 healthy young adults, so they could have occurred by chance.

The fact that blood pressure measurements in both groups were lower after 30 days may be because the participants were more relaxed in the testing second time round.

Though the groups were similar in terms of how many smoked (1 in each group), drank alcohol (all) and drank coffee, more participants in the low-dose group had a family history of cardiovascular disease.

But the researchers did not take this or any other risk factors into account in their analysis.

We also have no information about the participants' usual diet, if they normally ate chocolate, or if they ate any additional chocolate during the study period.

Whether or not the cocoa in dark chocolate could be beneficial to the arteries, it still contains saturated fat. Eating too much saturated fat can raise your risk of heart disease.

In this study, the 20g high dose portion of chocolate contained 10g of fat, including 6g of saturated fat.

There's also the calorie impact to take into account (119 calories for the high-dose chocolate portion) when weighing up whether dark chocolate has a place in a healthy, balanced diet.

Overall, this study does not provide enough evidence to recommend that people eat strong dark chocolate to improve the health of their arteries.

Stopping smoking remains the most important thing you can do, along with eating a balanced diet and keeping physically active.