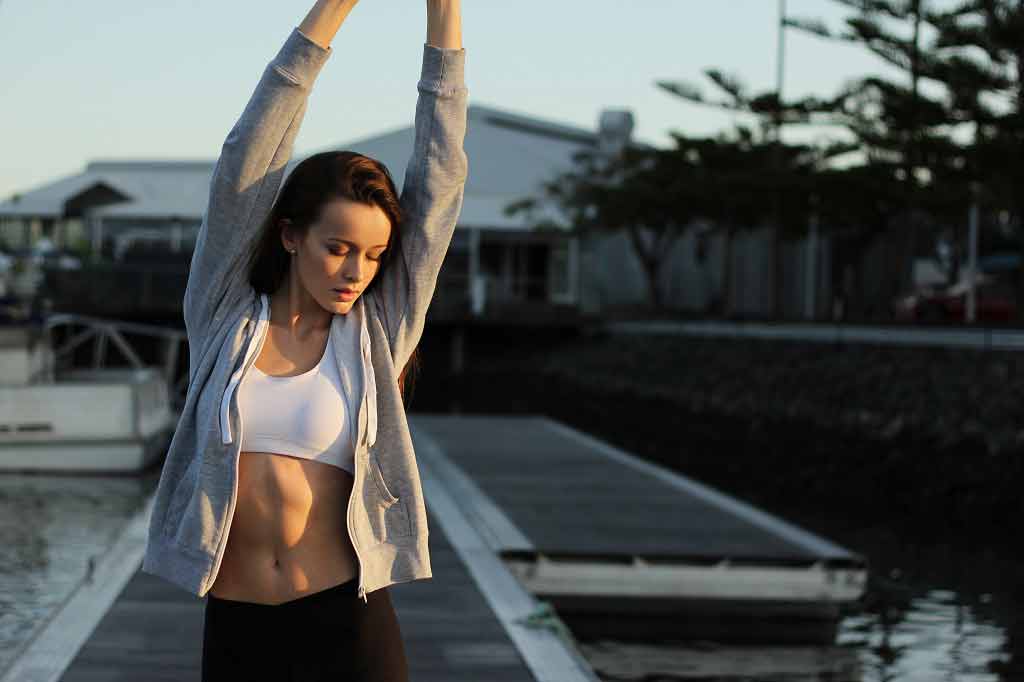 "Middle-aged women with waists over 35 inches have a 30% higher risk of early death," reports the Mail Online.

"Middle-aged women with waists over 35 inches have a 30% higher risk of early death," reports the Mail Online.

Researchers in the US followed more than 156,000 women aged around 60, from 1993 to 1998 up to 2017. They measured their waist circumference and body mass index (BMI) at the start of the study. Over the next couple of decades, they recorded how many women died.

The study found that waist measurement was more closely linked to women's risk of death than BMI alone. This may be because a higher waist circumference suggests higher levels of fat stored around the organs. Fat around the abdominal organs may affect metabolism and put people at risk of diabetes.

We recently reported that women who had a higher percentage of fat around their trunk were more likely to have a heart attack or stroke than women who had more fat on their legs, but less around their upper body. This latest study seems to support that theory.

Many women find hormonal shifts during menopause affect the way the body stores fat. Keeping to a healthy, balanced diet and getting plenty of exercise may help.

The study was carried out by researchers from the University of Iowa, Kaiser Permanente health insurers, Albert Einstein College of Medicine, Fred Hutchinson Cancer Research Center, University of California, City of Hope National Medical Center and Harvard Medical School. It was funded by the US National Institutes of Health and the US Department of Health and Human Services. The study was published in the peer-reviewed journal JAMA Network Open, which is free to read online.

The Mail Online article says that the study "casts doubt on the validity" of the BMI as a useful marker for overweight and obesity, saying that it shows BMI does not differentiate between muscle and fat. While that is true, this has been known for some time.

The NHS recommends that people check their waist measurement as well as their BMI.

This was a cohort study. Cohort studies are useful for looking at the links between risk factors (such as body mass index or "BMI" and waist measurement) and outcomes (such as mortality). However, they cannot prove that 1 risk factor directly causes an outcome, because other factors may be involved.

Researchers recruited women aged on average 62 years, between 1993 and 1998. The women had their weight and height measured to calculate their BMI, and their waists measured. Measurements were taken by trained staff. Women were also asked to fill in questionnaires about their diet, lifestyle and background.

The women were followed up until 2017. Researchers looked at whether they died of any cause, and also at deaths from cardiovascular disease or cancer. They excluded women who had a very low BMI (under 18.5) or who died within the first 3 years of the study, ending up with 156,624 participants.

They compared the risk of death for women in 6 categories:

They took account of other confounding factors including age, ethnic background, education level, income, smoking, physical activity, alcohol, diet quality and use of hormones (such as HRT or the contraceptive pill).

They said: "Our results highlight the inability of BMI alone to distinguish body shape or body fat distribution… and the importance of measuring central obesity even among people with normal weight."

The study adds to evidence that how fat is stored and where it is stored may be as important as how much you weigh, in terms of effects on your health.

It's interesting that the study found women of normal body mass index (BMI) with high waist measurement had a higher risk than women who were overweight with high waist measurement. It's possible this could reflect more muscle mass among the women classed by BMI as overweight, or that women who were overweight tended to carry more weight on their hips compared to around their waist. But because this is an observational study, we do not know what is really behind the differences in risk.

There are other limitations to be aware of. The study only included women who had been through the menopause, so may not apply to women who have not, or to men. Waist measurement is not a direct measurement of how much fat is stored around the trunk – we would need body scan measurements to know for sure. Also, only measurements from the start of the study were used, so we do not know what the effects might be of changing BMI and waist measurement over time.

The waist measurement that the study authors took as the top end of "normal", 88cm, is higher than that at which the NHS says women should consider losing weight. The NHS says women should try to lose weight if your waist is more than 80cm and that women with a waist measurement of 88cm are at very high risk of developing conditions such as diabetes and cardiovascular disease.

Read more about why your waist size can be important.