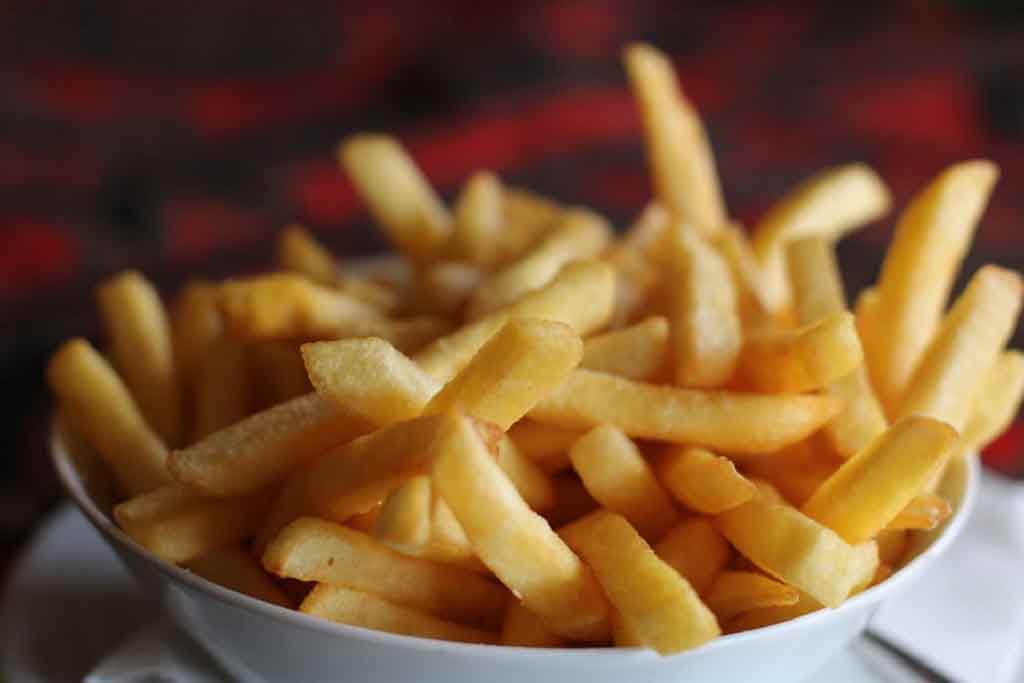 "Chippies are selling smaller portions of fish and chips in bid to fight Britain's obesity crisis," reports The Sun.

Fish and chips are an enduringly popular takeaway choice in the UK; hence the phrase "it's as British as fish and chips".

An increasing concern is whether one of our national dishes is contributing towards levels of obesity.

A recent survey found that deep-fried battered fish and chips can add up to a hefty 1,658 calorie meal. That's about 80% of a woman's and around 70% of men's recommended total daily calorie intake.

Smaller portions might help people who regularly use takeaways to keep their weight under control.

A team of researchers worked with a fish and chip wholesaler in the north of England in 2016 to find ways to encourage the sale of smaller portions of fish and chips. They developed new packaging boxes designed for smaller portions, and posters to promote smaller meals, then held an event for shop owners and managers to encourage them to sign up to the new initiative.

In the 6 weeks after the event the numbers of small portion meals sold increased. The researchers said more than 550,000 of the new smaller portion boxes were sold in 2017.

Whether this will have an impact on the obesity epidemic remains to be seen.

The research team came from the University of Newcastle, University of Durham, University of Teeside and Cambridge University. They worked with the fish and chip shop wholesaler Henry Colbeck Ltd, based in Gateshead. The research was funded by the National Institute of Health Research. The study was published in the peer-reviewed medical journal BMJ Open, which is open access so can be read freely online.

The Sun reported the research in a negative way, saying that "chippies are depriving customers of 15 chips a meal" after being "lectured on the dangers of 'excessive portion sizes'".

In fact, chip shop staff were encouraged to offer smaller options as well as standard sized meals and rather than being lectured about healthy eating, were encouraged to think of the benefits to the shop of higher profit margins on smaller meals. However, The Sun did report a quote from one shop owner as saying the new size was "really popular" especially with older customers.

The Mail Online was more approving of the initiative, although it linked the research to "proposed Government plans" to introduce "drastic guidelines" to "cap" calories on takeaway food. It's unclear where their suggestion that fish and chip meals in the trial were limited to 600 calories comes from.

The study used a mixture of methods, including a simple, uncontrolled before-and-after study of the effects of the intervention. The study was designed to test the feasibility and acceptability of the intervention, rather than as a precise measure of its effect on portion size and diet.

Researchers worked with staff at the wholesaler, which invited 31 shops from across the north east to attend a 3-hour information event, which the wholesaler co-designed. At the event, shop owners and managers were shown new boxes branded as "Lite-Bite" meals, with room for only smaller portions of fish and chips, and large posters promoting the availability of smaller size meals. The information event focused on how providing smaller meal options could encourage more customers and reduce food costs.

Shop staff were encouraged to sign up to use the packaging, display the posters and promote the availability of smaller sized meals for those who wanted them. Researchers visited 8 shops before and after the event, to see whether smaller portions were available. They also bought small (where available) and regular meals before and after the events, and weighed the meals.

Shops were asked to provide sales data from before and after receipt of the posters and some shops agreed to survey customers while they were waiting for their meals to be cooked.

Researchers interviewed shop owners and managers, and the wholesaler staff involved in the project, to understand their experiences and views of the intervention.

Of the 31 shops invited, 12 took part in the study. Researchers found:

In interviews with the shop owners, most said they already provided smaller meals, so the display of the poster was the main change. Some wanted a clearer definition of what a small portion size was.

In the year following the intervention, the wholesaler reported sales of 552,300 boxes to 253 fish and chip shops.

The researchers said their study showed that working with an industry wholesaler was possible and "facilitated the delivery of an intervention that was acceptable to owners and customers". They added that "sales of smaller meal packaging suggest that promotion of such meals is viable and may be sustainable".

While fish and chips can be a delicious treat, big portions of deep-fried food can mean it delivers far more calories in one meal than most of us need – or even want. This study suggests that it is possible to offer a smaller portion, using standardised boxes to control portion size, without causing problems for shops or upsetting customers. This may also have the benefit on cutting down on excess packaging and reducing food waste.

However, this was a small study, carried out in a real-world setting to find out whether the intervention was possible. It doesn't give us enough reliable information to know the likely effects on people's diets or dietary choices of making smaller portions available in chip shops. The sales figures were too small and the format they were given in was too variable for detailed or reliable analysis.

The researchers found that working with an industry wholesaler was a good way to get shops interested in the idea. Many public health initiatives are begun by health authorities or national bodies, which may not have much understanding of small, owner-managed takeaway businesses. Working with takeaway suppliers might be a good way to develop and roll out such ideas in future.

Choosing smaller portions is an important part of a weight loss diet, and of keeping weight under control. Find out more about the NHS weight loss plan.