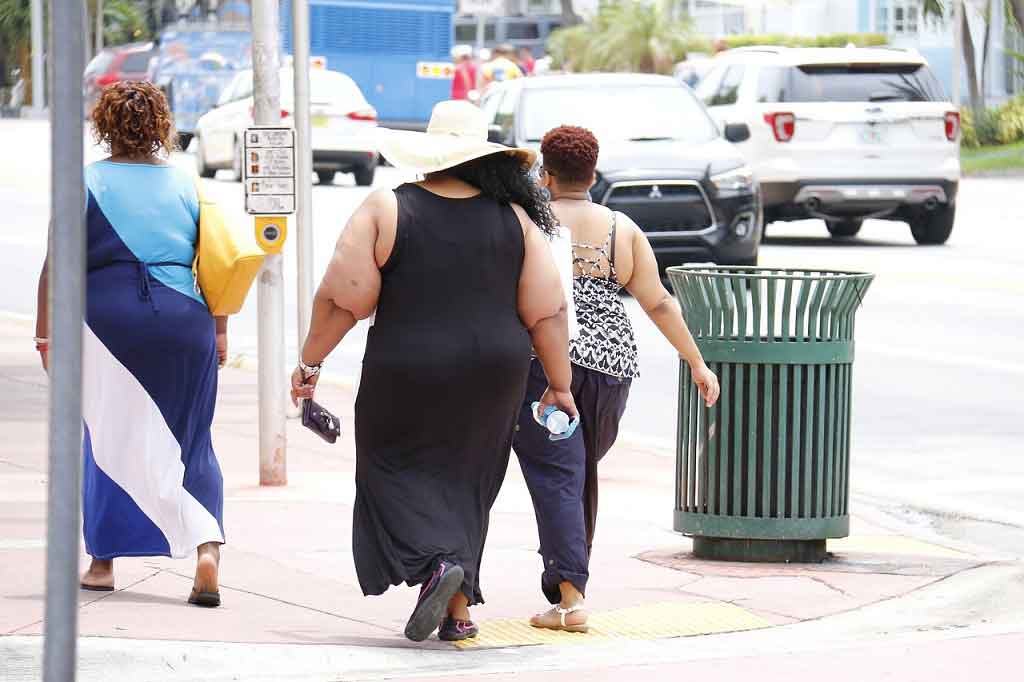 'Being overweight can cause depression, researchers say, with the effects thought to be largely psychological' The Guardian reports

Depression is more common among people who are obese. But previous studies have not been able to determine whether there is a direct cause and effect relationship. So it could be the case that depression causes weight gain rather than the other way around, or indeed both could be true.

Also, it could be the complications associated with obesity, such as type 2 diabetes, are contributing to depression rather than the obesity itself.

This latest study attempted to use a genetic technique to focus on the direct effect of obesity on depression, removing the effect of other lifestyle and health factors. The researchers looked at the DNA of around half a million adults with white European ancestry in the UK.

The researchers looked at 73 genetic variations which had previously been linked to higher BMI. Some of these had also been linked to a reduction in risk of metabolic complications such as high cholesterol or blood sugar levels, rather than the increase that might be expected.

The researchers found that having a combination of the genetic variants which were associated with higher BMI was also associated with depression. This was some evidence that it was even the case when a person had the variants which reduced their risk of metabolic complications. This may suggest that obesity influences depression risk through psychological rather than metabolic changes; at least in some cases.

While we cannot change our DNA, taking regular exercise and eating healthily can help people achieve or maintain a healthy weight, and also help people with depression. Read more about how exercise can boost your mood and improve your health.

The study was carried out by researchers from The University of Exeter Medical School, the University of South Australia Cancer Research Institute and King's College London.

The researchers were funded by the Diabetes Research and Wellness Foundation, the Australian Research Training Program, the UK Medical Research Council, the Wellcome Trust, the European Research Council, the Royal Society, the Gillings Family Foundation, Diabetes UK, the National Institute for Health Research (NIHR) Biomedical Research Centre, Maudsley NHS Foundation Trust and King's College London. The study was published in the peer-reviewed International Journal of Epidemiology on an open access basis so it is free to read online.

The Guardian reported the study accurately, including a mention of the limitations. The Mail Online provided sketchy details of the study, skirting over any of the genetic analysis and concluding that the psychological impact of being overweight increases the risk of depression, when this was only suggested by the results and not proven.

This was a case-control study, comparing the genetic makeup of people with and without depression.

Depression is more common among people who are obese. However, it is not known whether obesity can directly increase a person's risk of depression, whether the reverse is true, or both are true.

So researchers carried out a particular type of case-control study known as a Mendelian randomisation study, where researchers focused on genes known to be associated with disease risk and health outcomes rather than lifestyle factors.

The idea behind this type of study is the exact combination of DNA that people inherit from their parents is random. So the analysis reduces the possibility that other factors (confounders) are causing the links seen between obesity and depression.

The researchers used genetic information from about 450,000 UK adults with white European ancestry who had volunteered to be part of the UK Biobank, and have their DNA studied for research purposes.

The researchers identified 48,791 people with depression and 291,995 people without depression (controls) whose BMI had been measured, and compared their DNA.

People were identified as having had depression based on having reported either:

The researchers also looked at whether analysing only those people with a hospital recorded diagnosis or who reported being diagnosed with depression by a professional affected their results.

The researchers looked specifically at whether genetic variations which have been found to be associated with obesity were also more common in people with depression.

As "markers" for obesity, if these genetic variations were more common in people with depression, this would suggest that obesity could be contributing to people's risk of developing depression.

If the variants associated with a higher BMI, but not any of the metabolic consequences of obesity, were found to be more common in people with depression, this might suggest that the link between obesity and depression relates to psychological effects.

The researchers also looked at men and women separately, as it could be that the psychological impact of obesity might be greater in women because of issues around body image. They also repeated their analyses on a second sample of 45,591 people with depression and 97,647 controls from another study group (the Psychiatric Genetics Consortium).

The researchers found that individuals who were obese had a 45% higher chance of having depression than those in the healthy BMI range (odds ratio (OR) 1.45, 95% confidence interval (CI) 1.41 to 1.49). This link was stronger in women than in men.

Having a combination of genetic variants associated with a higher BMI (about 5kg/m2 higher) was associated with an 18% increase in the odds of having depression (OR 1.18, 95% CI 1.09 to 1.28). The link was slightly stronger in women than men, but the difference was not large enough to rule out that this occurred by chance.

The researchers found similar results when they carried out further analyses to make sure their findings were robust, for example, by excluding people without a hospital recorded diagnosis of depression.

The links to depression were stronger when looking at the BMI-linked variants which were also linked to brain or nervous system related genes. But again the difference was not large enough to rule out that it occurred by chance.

The link with depression was also found for BMI-linked variants which were associated with favourable metabolic profile, but only once data from the Biobank and Psychiatric Genetics Consortium samples were pooled.

The researchers concluded that having a higher BMI is likely to contribute to directly increasing an individual's chances of developing depression.

Some medications used to treat depression can cause weight gain. People who are depressed may be less likely to take good care of themselves, including eating healthily and taking regular exercise, and this may also impact their weight.

This study provides evidence that the link seen between obesity and depression may, at least in part, be due to a direct impact of weight on a person's risk of depression.

This study was very large, and used many complex analyses to look at the relationship between weight, genetics, and depression. The researchers used a study design which aimed to remove the chance of factors other than weight impacting the results. They also carried out several additional analyses to test their results and make sure they were reliable.

For example, the way that people were classified as having or not having depression may not have been entirely accurate, as it was based partly on people's reports of having seen a medical professional for "nerves, anxiety or depression". Some people might have had depression but not sought help, or might not have had a diagnosis of depression had they been fully assessed. However, when the researchers excluded people who did not have a hospital recorded diagnosis of depression, they got similar results.

While this study contributes to what is known about the links between obesity and depression, there is still much to be learned. For example, the findings suggest the link may be psychological but researchers will now have to look more closely at how obesity might contribute to depression risk.

It is also worth bearing in mind that the causes of depression are likely to be complex, with many factors potentially playing a role. Also, the results may not apply to people of different ethnicities.

If you are overweight or obese and you are also troubled by low mood or depression then it may be a good idea to seek help for both issues at the same time.

What we do know is that mental and physical health are interrelated, and regular physical activity and eating healthily are likely to be beneficial for both.