Pets can carry the MRSA superbug 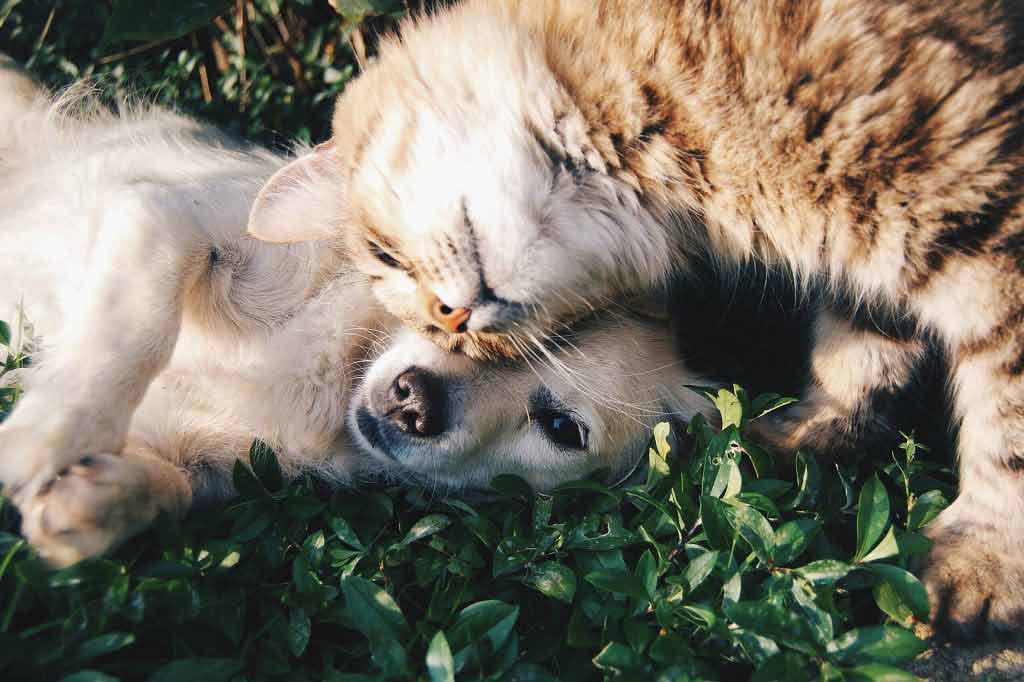 "Pets can harbour the hospital superbug MRSA and it can pass between pets and their owners," BBC News reports. New research suggests that as many as 9% of dogs may be carriers, though the risk of transmission is small…

"Pets can harbour the hospital superbug MRSA and it can pass between pets and their owners," BBC News reports.

New research suggests that as many as 9% of dogs may be carriers, though the risk of transmission is small.

The story comes from a laboratory study which found that cats and dogs can carry the same genetic strain of MRSA found in humans. The results also suggest that the bacteria is likely to have been passed from humans to their pets.

As its name suggests, MRSA (short for methicillin-resistant Staphylococcus aureus) is a type of bacterial infection that is resistant to a number of widely used antibiotics. This means it can be more difficult to treat than other bacterial infections.

However, while many pets may carry MRSA on their fur, it is rare for them to develop an active infection. Following good hygiene practices when handling and washing your pets should significantly reduce any risk of infection.

The study does raise concerns that the widespread use of antibiotics in veterinary medicine may encourage the spread of MRSA in humans.

The researchers highlight the importance of a “one health” view of infections – the health of both animals and humans are “intrinsically linked”.

The study was published in mBio, a peer-reviewed, open access medical journal. The article is available to read online.

The study was covered fairly by BBC News.

This was a laboratory study in which researchers mapped the DNA sequence of 46 MRSA samples taken from cats and dogs in the UK and compared these to a collection of human MRSA samples.

Researchers point out that MRSA is a major problem in human medicine, with a small number of strains causing most of the problems. They also say that since the late 1990s, the role of both livestock and pets as reservoirs of MRSA infection and also as vectors for transmission, has become clearer.

For example, it is estimated that up to 9% of dogs in the UK are thought to be carriers of MRSA.

Between 2003 and 2007, the researchers mapped the DNA sequences of 46 MRSA samples from cats and dogs, collected from two large veterinary hospitals and several smaller veterinary practices throughout the UK. Most samples were taken from wound, skin and soft tissue infections, but others came from urine, cerebro-spinal fluid (the fluid that surrounds and supports the brain), nasal discharges, bloodstream, heart valve and joint infections.

Researchers carried out a number of experiments comparing these samples to a collection of human MRSA samples, which had been previously sequenced as part of other studies. They also evaluated the evolution of the different bacteria.

The researchers found that most of the animal infections were from the same family, called Epidemic MRSA 15 (EMRSA-15) (sequence type ST22). This is a common strain of MRSA first detected in the UK in the 1990s, which subsequently spread throughout Europe.

Nearly all samples were genetically similar to human bacteria, and the bacteria found in the animals were likely to have originated in humans.

Analysis of the DNA showed very few genetic changes between bacteria samples from humans and animals.

This indicates that the MRSA bacteria from cats and dogs did not need to undergo extensive adaptation to live on different animals or humans.

They also found that the animal MRSA were significantly less likely than those from humans to have resistance to the antibiotic erythromycin (which they say is rarely used in English veterinary practices).

The MRSA from animals were more likely to contain mutations making them resistant to the antibiotic clindamycin, used widely in veterinary medicine in the United Kingdom.

The researchers say that their study shows that humans and animals share the same strain of MRSA which it also suggests can be passed between the species without the need for the bacteria to adapt.

Companion animals may act as a reservoir for human MRSA infections and vice versa.

Also, as in human hospitals, it appears that MRSA can be readily transmitted in veterinary hospital settings.

In an accompanying press release, senior author Mark Holmes, senior lecturer in preventive medicine at the University of Cambridge, said: “Our study demonstrates that humans and companion animals readily exchange and share MRSA bacteria from the same population.”

“It also furthers the ‘one health’ view of infectious diseases that the pathogens infecting both humans and animals are intrinsically linked, and provides evidence that antibiotic usage in animal medicine is shaping the population of a major human pathogen.”

This was a laboratory study looking at genetic similarities between the MRSA samples found in cats and dogs and those in human populations, suggesting that the infection may pass between the two.

Although the results are worrying it should be noted that on an individual level, MRSA in pets is still rare. However it’s important to stick to strict hygiene practices to prevent MRSA in either the human or animal population.