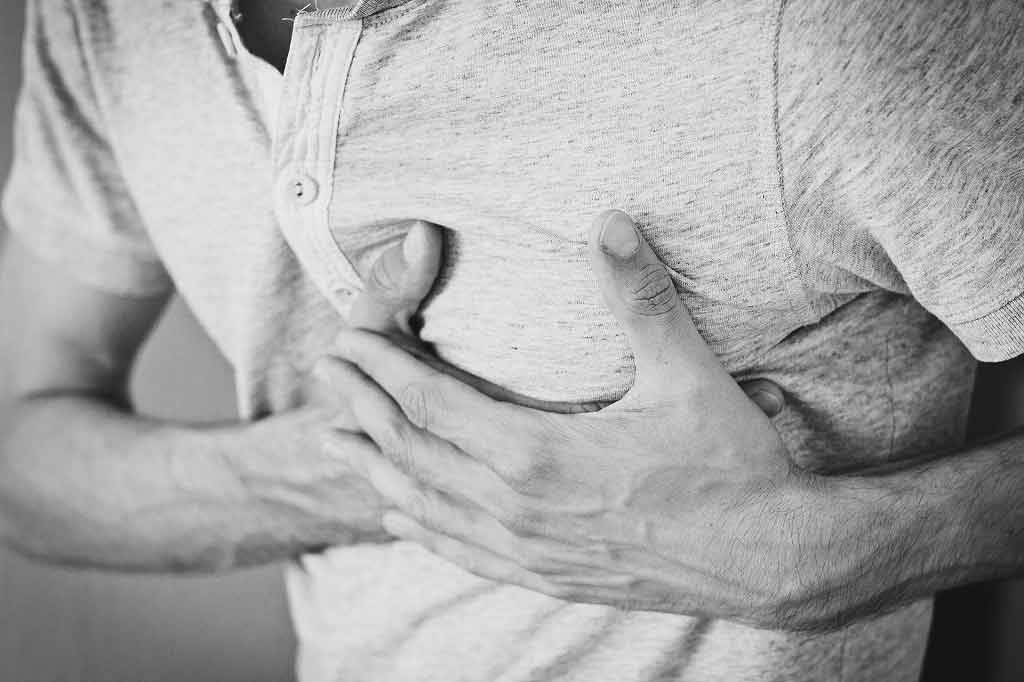 Cases often make the headlines of young, seemingly healthy people who suffer sudden cardiac arrest (where the heart suddenly stops beating), often during sports activity, such as in the case of footballer Fabrice Muamba (who thankfully survived). This can have various causes, including an inherited condition called hypertrophic cardiomyopathy (HCM).

Cardiomyopathy is an umbrella term used to describe a range of conditions where the heart muscles are abnormally thick, making it harder for the heart to pump blood.

Most people with HCM experience no, or very few, symptoms, such as feeling lightheaded or short of breath. But a very small number of people with HCM, estimated to be around 1 in a 100, are at risk of sudden cardiac arrest.

While HCM can be diagnosed by using heart tests such as electrocardiograms (ECG), it is currently difficult to identify those people who are in the very high-risk category.

A new study aimed to see if a special type of cardiac MRI could detect abnormalities of the heart muscle fibres in HCM that are thought to be linked to the high-risk category. It compared the scans of 50 people with HCM and 30 healthy controls and found that they could detect various differences between them.

The researchers suggest cardiac MRI could be used to identify which people with HCM are at high risk of sudden cardiac death. They could then possibly be considered for treatment, such as with an implanted defibrillator.

It seems most likely therefore that this test might be used as a further investigation of people with diagnosed or suspected HCM. But not automatically as a screening test for sports people with no known heart problems.

This study was conducted by researchers from the University of Oxford and published in the peer-reviewed Journal of the American College of Cardiology. No sources of financial support are reported.

BBC News' coverage of the study is accurate by focusing on the potential of cardiac MRI to detect those with HCM at risk of sudden death.

The Mail Online's statement that "Warning signs of a heart condition which can quickly turn deadly could now be spotted in living patients for the first time" could be implied that this could be a screening test used for the general population. This is extremely unlikely – there are many things that need to be taken into account before introducing a screening test on a large scale.

This was a cross-sectional study that compared MRI heart images between people with and without HCM.

As the researchers say, it remains difficult to know which people with HCM are at risk from sudden cardiac death. Post-mortem findings often show extensive "disarray" in the heart muscle fibres, which may cause the sudden, deadly heart rhythm patterns that lead to sudden death.

Therefore detecting disarray in the heart fibres of living people with HCM might identify those at high risk.

This study focused on a measure called fractional anisotropy (FA), which provides a score somewhere between 0 and 1.

A result of 1 is a perfect measure, which shows diffusion is occurring along a single line indicating that the heart muscle cells are tightly packed and neatly aligned.

A measure of 0 shows that water diffusion is occurring randomly, meaning there are some problems with the alignment and structure of the heart muscle cells.

The study also looked at longer-term follow-up of patients to examine results from 24-hour heart monitoring, see what treatments they were given, or any other complications.

The researchers found that average fractional anisotropy was significantly reduced in people with HCM, 0.49 compared with 0.52. These measures were taken while the heart was relaxing and filling with blood (diastole).

Among individuals with HCM, the researchers saw that the lowest fractional anisotropy measures (closest to 0) were found in areas of the heart where the muscle was most thickened (0.44 compared to 0.50 in other areas). By comparison, healthy controls had the same measures throughout the heart.

Also people with HCM who had a history of serious heart rhythm problems tended to have lower fractional anisotropy measures.

The researchers say that low fractional anisotropy measures (taken while the heart is filling with blood) are associated with serious heart rhythm complications in HCM.

They "propose that diastolic fractional anisotropy could be the first [in life] marker of disarray in HCM and a potential independent risk factor".

This is a valuable study that investigates a potential way to identify which people with hypertrophic cardiomyopathy (HCM) may be at highest risk of heart rhythm complications and sudden death.

Most people diagnosed with HCM would likely have developed symptoms such as palpitations or chest pain and then been investigated and diagnosed. Most will be able to lead normal lives managed with medication. But there is a risk that a small number will suddenly develop a fatal heart rhythm complication.

If these high-risk people are identified early they could have a defibrillator implanted, which would automatically deliver a shock if their heart goes into a dangerous rhythm. Knowing which people are at high risk has been a challenge. Therefore this could be a breakthrough test in helping to identify the individual risk level of people with HCM.

But we need to be very cautious about any implementation of this as a more general test at a population level to detect anyone with undiagnosed HCM.