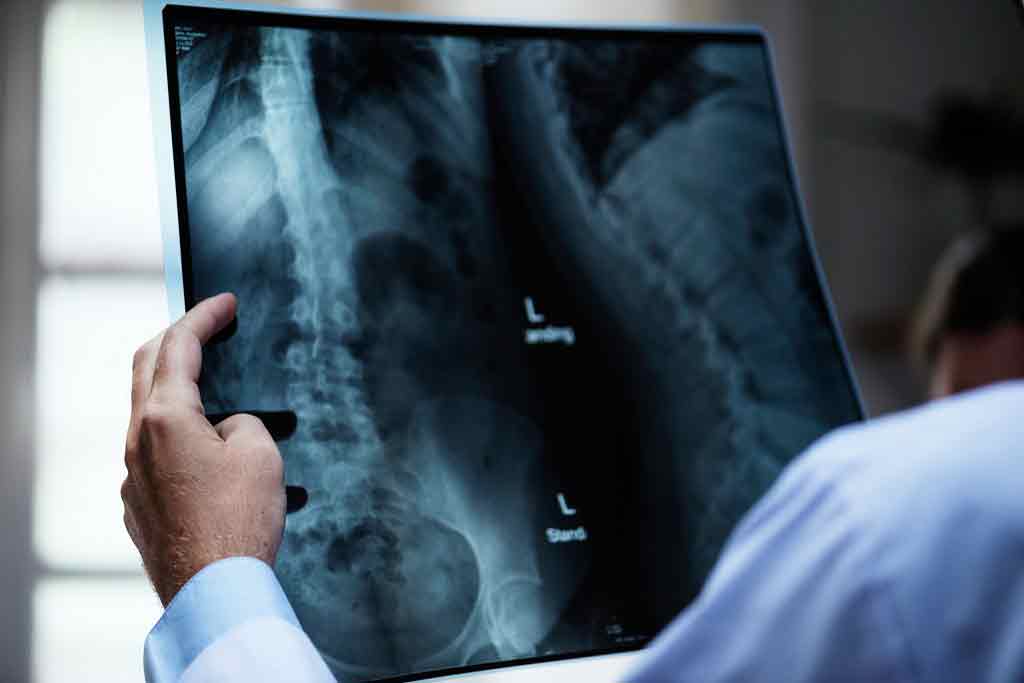 Bowel cancer is a general term for cancer that begins in the large bowel. Depending on where the cancer starts, bowel cancer is sometimes called colon or rectal cancer .

Bowel cancer is one of the most common types of cancer diagnosed in the UK.Most people diagnosed with it are over the age of 60.

The three main symptoms of bowel cancer are:

The symptoms of bowel cancer can be subtle and don't necessarily make you feel ill.

However, it's worth waiting for a short time to see if they get better as the symptoms of bowel cancer are persistent.

If you're unsure whether to see your GP, try the bowel cancer symptom checker .

Bowel cancer symptoms are also very common, and most people with them don't have cancer.

These symptoms should be taken more seriously as you get older and when they persist despite simple treatments.

Read about the symptoms of bowel cancer .

Try the bowel cancer symptom checker for advice on what you can try to see if your symptoms get better, and when you should see your GP to discuss whether tests are necessary.

Your doctor may decide to:

Make sure you see your doctor if your symptoms persist or keep coming back after stopping treatment, regardless of their severity or your age. You'll probably be referred to hospital.

It's not known exactly what causes bowel cancer, but there are a number of things that can increase your risk.

Some people also have an increased risk of bowel cancer because they have another condition, such as extensive ulcerative colitis or Crohn's disease in the colon for more than 10 years.

Although there are some risksyou can't change, such as your family history or your age, there are several ways you can lower your chances of developing the condition.

Tips on cutting down on alcohol

However, all screening involves a balance of potential harms, as well as benefits. It's up to you to decide if you want to have it.

To help you decide, read our pages on bowel cancer screening, which explain what the two tests involve, what the different possible results mean, and the potential risks for you to weigh up.

The main treatments are:

As with most types of cancer, the chance of a complete cure depends on how farithas advanced by the time it's diagnosed. If the cancer is confined to the bowel, surgery is usually able to completely remove it.

Keyhole or robotic surgery is being used more often, which allows surgery to beperformed with less pain and a quicker recovery.

There are several forms of support available if you need it:

You may also want advice on recovering from surgery, including diet and living with a stoma, and any financial concerns you have.

If you're told there's nothing more that can be done to treat your bowel cancer, there's still support available from your GP. This is known as palliative care.

Read about living with bowel cancer.

Bowel cancer is a general term for cancer that begins in the large bowel. Depending on where the cancer starts, bowel cancer is sometimes called colon or rectal cancer. Bowel cancer is one of the most common types of cancer diagnosed

Read about symptoms of bowel cancer, including blood in the stools (faeces), a change in bowel habit, such as more frequent, looser stools, and tummy (abdominal) pain.

Read about the causes of bowel cancer. Cancer occurs when the cells in a certain area of your body divide and multiply too rapidly. This produces a lump of tissue known as a tumour.

Read about diagnosing bowel cancer. When you first see your GP, they'll ask about your symptoms and whether you have a family history of bowel cancer.

Read about treating bowel cancer. Treatment for bowel cancer depends on which part of your bowel is affected and how far the cancer has spread.

Read about how bowel cancer can affect your daily life in different ways, depending on what stage it's at and what treatment you're having.

Patient story: "I never thought I'd have any problems."

Anne Messenger, from London, was diagnosed with bowel cancer in 2005. After keyhole surgery, she is now in the clear and focused on helping others.

Patient story: "If it's caught early, you stand a good chance of recovery."

Lester tells his story of being diagnosed with bowel cancer

Patient story: "It was soft and smooth. I could feel it."