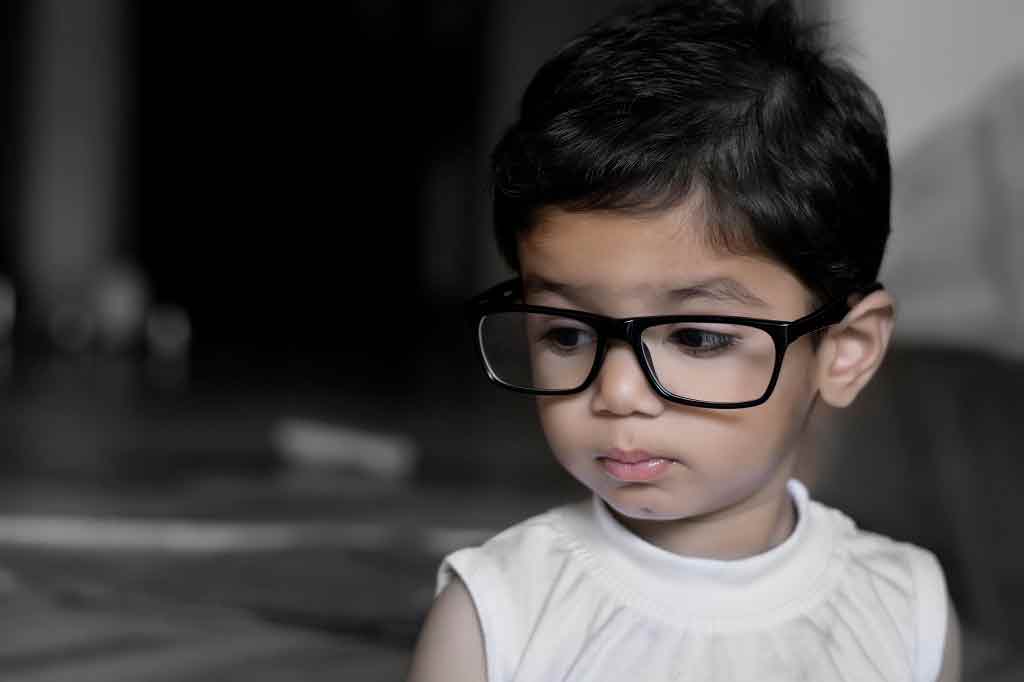 A lazy eye (amblyopia) is a childhood condition where the vision in one eye doesn't develop properly.

This usually means that the child can see less clearly out of the affected eye and relies more on the "good" eye.

Anestimated 1in 30 to 1 in 50 children will develop a lazy eye.The condition is usually diagnosed around the age of four.

Lazy eye can sometimes affect both eyes, although this is rare.

How do I know if my child has a lazy eye?

A lazy eye doesn't usually cause symptoms. Younger children are often unaware that there's anything wrong with their vision and, if they are, they're usually unable to explain what's wrong.

Older children may complain that they can't see as well through one eye andhave problems with reading, writing and drawing.

In some cases, you may notice that one eye looks differentfrom the other.

However,this is usually a sign of another conditionthat could lead to a lazy eye, such as:

One way to check your child'seyes is to cover each eye with your hand, one at a time.They might object to covering the good eye, but they might not mind if you cover the lazy eye.

If they try to push your hand away from one eye but not the other, it may be a sign they can see better out of one eye.

Children should have their eyes testedonce they're old enough to attend a sight test, which is usually after they are 3.5 years old.

It's difficult to treat lazy eye after the age of 4.5, so it's a good idea for children to have an eye test between the ages of 3.5 and 4.5.

However, visit your GP if you have any concerns about your child's eyesight. If necessary, they can referyour child to an eye specialist (ophthalmologist) for further testing.

Light passes through the lens of each eye and reaches a light-sensitive layer of tissue at the back of the eye called the retina.

The retina translates the image into nerve signals that are sent to the brain. The brain combines the signals from each eye into a three-dimensional image.

A lazy eye occurs when the brain connections responsible for vision aren't made properly.

This can be the result of:

Treatment is often effective, but it's a gradual process that takes many months to work.

A lazy eye (amblyopia) is a childhood condition where the vision in one eye doesn't develop properly. This usually means that the child can see less clearly out of the affected eye and relies more on the "good" eye.

A lazy eye (amblyopia) is caused when something disrupts the normal development of vision. It's often assumed that younger children have the same vision as adults, but this isn't the case.

A lazy eye (amblyopia) ideally needs to be diagnosed and treated as early as possible, preferably before a child is five years of age. However, it can often be difficult to know whether a child has a lazy eye as they might not realise anything is wrong with their vision.

Alazy eye (amblyopia) is often diagnosed and treated by an orthoptist under the supervision of an ophthalmologist. The younger the child is when a lazy eye is diagnosed, the more successful treatment is likely to be.