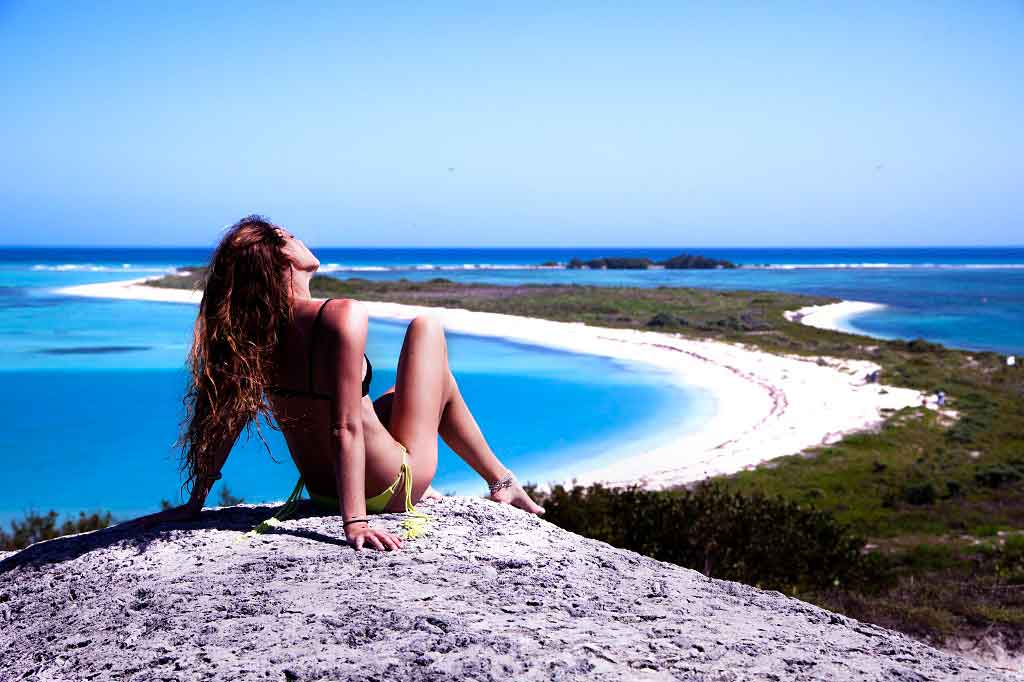 "Sunbathing 'may be addictive' warning," BBC News reports. Studies in mice suggest that exposure to ultraviolet radiation may trigger the release of endorphins leading to an opiate-like "high" and mice may even then experience UV withdrawal symptoms …

Researchers have investigated why, despite all the evidence of the harm it can cause (namely increased skin cancer risk), people continue to want a tan. Is it purely for aesthetic purposes, or is it due to one of the leading reasons people persist in self-destructive behaviour, addiction?

Researchers exposed shaven mice to UV light five days a week for six weeks. These mice had increased levels of chemicals that can trigger a feeling of euphoria – similar to an opiate-like high – as well as increased tolerance to pain.

At the end of six weeks the mice had withdrawal symptoms and increased tolerance to morphine injections. Repeat experiments in mice genetically engineered so that they could not produce beta endorphins, removed all of these effects.

This suggests that it was these naturally occurring endorphins, driven by UV exposure, that were having the effects in the first group of mice.

An obvious limitation of the study is that mice are nocturnal animals. So the effects of UV exposure, especially on shaven mice, may have a dramatic effect on the mice’s endorphin pathways that may not correspond to humans.

The study was carried out by researchers from Harvard Medical School and was funded by the National Institutes of Health, Melanoma Research Alliance, the US-Israel Binational Science Foundation and the Dr Miriam and Sheldon G Adelson Medical Research Foundation.

The study was published in the peer-reviewed scientific journal Cell and has been released on an open-access basis so it is free to read online.

The media is generally representative of this research, though the BBC’s modest headline that “Sunbathing may be addictive” is probably most appropriate. The Daily Mail’s alternative that “Sunbathing … is like heroin use” is a little over-the top, to put it mildly. And only very far into their coverage does the Mail reveal that the study was in mice.

Both the BBC and the Mail do include useful quotes from independent experts, who make the case that the findings of the study may not be applicable to humans.

This was an animal study aiming to see how beta endorphins could be involved in an addiction to ultraviolet (UV) light.

UV light is a well-established risk factor for skin cancers, including malignant melanoma, the most serious type of skin cancer.

Excess exposure to UV light through sunbathing or the use of sunbeds has long being recognised to increase risk of skin cancer, but despite the health warnings, these activities remain popular. This has led to speculation about whether it is simply an aesthetic preference for tanned skin, or an actual biological addiction. The researchers say the previous studies have suggested there could be an addictive process involved.

When skin is exposed to UV light, a particular protein called pro-opiomelanocortin (POMC) is broken down into smaller pieces called peptides. One of these is a hormone called a-melanocyte-stimulating hormone (a-MSH), which mediates the tanning process by stimulating pigment cells to produce a brown/black pigment. Another is a beta endorphin, which is one of the body’s naturally occurring opioids. Opioids bind to opioid receptors, resulting in pain relief.

Synthetic opioid medications include the drugs morphine and diamorphine (heroin), which are not only very powerful painkillers, but are known to be associated with tolerance (where increasing doses are required to give the same effect) and dependence (withdrawal symptoms when the medication is removed).

Therefore, naturally occurring beta endorphins are believed to play a role in both pain relief and also the reinforcement and reward system that underlies addiction. This study aimed to see whether exposing mice to UV light may cause changes in beta endorphin levels that result in opioid-related effects. These include increase in pain threshold, tolerance to synthetic opioids and symptoms of dependence.

Mice had their backs shaved and were then exposed to ultraviolet B (UVB) light five days a week, for six weeks. UVB is thought to be one of the most dangerous wavelengths of light produced by the sun as it can penetrate the skin to a deeper level (this is not to say that other wavelengths are safe).

This model of exposure was said to be approximately equivalent to 20-30 minutes of ambient midday sun exposure in Florida during the summer for a fair-skinned person. A control group was given mock UVB exposure. Blood samples were taken once a week to measure beta endorphin levels. They also had weekly measurements of tail elevation (Straub testing), which is an indicator of the activity of the opioid system in rodents.

Mice also received tests to measure their mechanical and thermal pain thresholds. One test involved poking the paws with fibres of increasing strength to see at what point the paw was withdrawn. Another involved similarly testing paw response (such as jumping or licking) when exposed to a hot plate.

The researchers tested whether any of these effects could be reversed by injecting the mice with naloxone, which is a drug used in medicine to block the actions of opioids (it is used to treat people who have had an opioid overdose).

After the full six weeks of UVB exposure or mock exposure the mice again received injections of naloxone to see if they demonstrated opioid withdrawal symptoms (such as shaking, teeth chattering, rearing up, diarrhoea).

After the full six weeks of UVB exposure or mock exposure, the researchers also tested the tolerance of mice to the synthetic opioid morphine. Increasing doses of morphine were given to see at what dose they could tolerate exposure to the hot plate.

As a final part to the study the researchers repeated the tests in a group of mice that had been genetically engineered so they lacked the POMC gene that enables them to produce beta endorphins.

The researchers found that blood levels of beta endorphins started to increase after only one week of UVB exposure. Levels remained elevated for the full six weeks of exposure, returning to normal levels one week after the exposure had stopped. There was no increase in the mock-UV-treated mice.

The mice exposed to UVB also demonstrated increased thresholds to mechanical and heat pain, which corresponded with the elevated beta endorphins levels. No change in threshold was seen in the mock-exposed mice. The painkilling effect was reversed by giving the UV-exposed mice naloxone.

By the second week of UVB exposure, mice also demonstrated increase in tail rigidity and elevation (as would be seen if the mice had been given an opioid drug), which remained for the six weeks of exposure. This effect diminished two weeks after UVB exposure had stopped. The effect was also reversed by giving the UV-exposed mice naloxone.

After the six weeks of exposure to UVB light, administration of naloxone caused several of the classic withdrawal symptoms, though these symptoms were lower in magnitude than has been observed in previous studies where mice have been treated with synthetic opioids.

The researchers also found that the mice exposed to six weeks of UVB demonstrated increased opioid tolerance, requiring significantly higher doses of morphine than the mock-exposed mice in order to tolerate the hot plate.

When repeating the tests in mice genetically engineered so that they could not produce beta endorphins, none of the effects were seen. When these mice were exposed to UVB light for six weeks they did not have increased pain thresholds and did not show signs of opioid withdrawal or opioid tolerance. This suggested, as expected, that it was the naturally occurring beta endorphins opioids that were having the effects.

The researchers conclude that their findings show that chronic UV exposure stimulates the production of enough of the naturally occurring beta endorphin to cause opioid effects, and allowed the mice to develop both opioid tolerance and physical dependence.

This animal study demonstrates how continuous exposure to UV light leads to an increase in the skin’s production of beta endorphins, which are naturally occurring opioids. In mice, this resulted in increased pain thresholds and signs of opioid dependence and tolerance.

It is not known whether this mouse model could indicate an identical biological response when humans are exposed to UV light, but it may give us an idea.

The researchers suggest that the “hedonic action” of beta endorphins may have increased human liking for sun exposure, and so may contribute to the ongoing increase in the number of new cases of skin cancer.

However, it could be the case that the popularity of sun tanning is mainly due to cultural reasons: current thinking is that tanned skin is (incorrectly) seen to be healthier. In previous cultures and in previous times, such as pre-revolutionary 18th century France, having very pale skin was seen as the ideal.

Sun exposure among regular sunbathers could be a true biological addiction or an aesthetic liking for tanned skinned, or possibly a combination of the two.

Take care to avoid excessive exposure of the skin to UV light, particularly in hot summer months, including use of an appropriate sunscreen, covering up with hat and sunglasses and avoiding exposure during hot times of the day.