Regular exercise may help lower your risk of depression 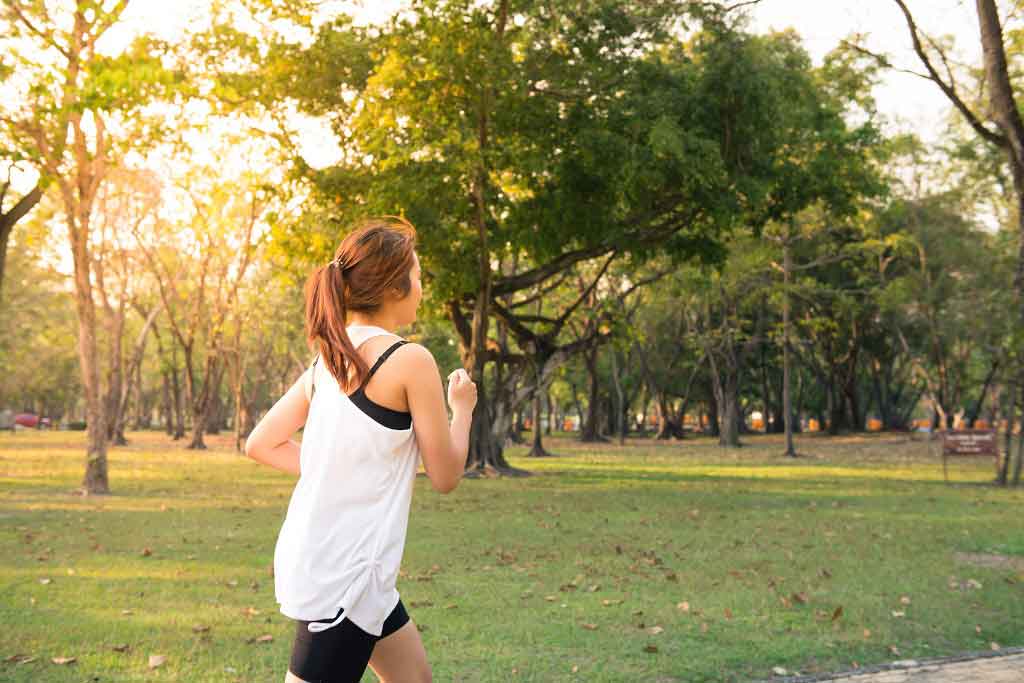 'Exercising and keeping active can slash the risk of depression by a third, research claims' The Sun reports

"Exercising and keeping active can slash the risk of depression by a third, research claims," The Sun reports.

Researchers who pooled information from 49 studies from around the world, found that people who did the most physical activity were less likely to get depression than those who did the least.

Information about more than 266,000 people of all ages, none of whom had depression at the start of the study, was included in the analysis. People were asked to say how much exercise they had done in recent days or weeks. They were then followed up for an average of 7.4 years to see if they developed depression or depressive symptoms.

Because of the nature of the research, we can't say that exercise alone was the reason people were less likely to get depressed. Other associated factors, such as long-term illnesses, might also be involved. There are other limitations to the study, which may make the results less accurate. For example, many of the pooled studies relied on people self-reporting the amount of exercise they did, which can be prone to error.

Nevertheless, this comprehensive study adds to previous evidence suggesting exercise is not just good for reducing symptoms of depression, but may also prevent it.

Find out more about the benefits of exercise and how activity can improve your mental wellbeing.

It was published in the peer-reviewed American Journal of Psychiatry. Funding was not reported other than for 2 authors who were funded by the Australian National Health and Medical Research Council and the UK National Institute for Health Research.

Several reports in the UK media say that meeting the UK government guideline for physical exercise (150 minutes a week) reduces the risk of depression by a third. While this data was included in the study, it was based on information from only 4 of the 49 studies included in the analysis, so is a less reliable estimate than readers may realise.

The study was a meta-analysis of prospective cohort studies looking for a link between exercise or physical activity and the chance of developing depression. This type of study is good for summarising the state of evidence on a topic and finding links between factors, but observational studies like this cannot prove that one factor (exercise) directly affects another (depression).

The researchers looked for studies that enrolled people without depression, of any age, and asked about their physical activity levels (in one case measuring them with a pedometer), then followed them up for a minimum of a year to see if they developed depression.

They then pooled the results, comparing people who did the most exercise in each study with those who did the least. They also looked at sub-groups, including men and women, people of different ages, and people in different parts of the world. They adjusted the figures where possible to take account of potential confounding factors.

Part of their sub-group analysis involved looking at studies that compared people who did more or less than 150 minutes of moderate to strenuous activity a week – the UK government's recommended levels. However, only a few studies included this comparison.

The researchers also looked at the quality of the studies, and assessed the likelihood of publication bias – where studies with positive results get published, while negative studies go unpublished. This can skew the findings when study results are pooled.

What were the basic results ?

People who did most physical activity were 17% less likely to get depression than those who did least physical exercise (adjusted odds ratio [aOR] 0.83, 95% confidence interval [CI] 0.79 to 0.88).

The results applied to men and women, young people, adults and elderly people, across all geographical regions studied.

From 4 studies, researchers found the odds of getting depression were 22% lower for people who managed 150 minutes of moderate to vigorous physical activity a week compared with those who didn't (aOR 0.78, 95% CI 0.62 to 0.99).

They also performed another type of statistical analysis based on the baseline probability of getting depression in this group of people. In this analysis, people who managed 150 minutes of moderate to vigorous physical activity a week had 31% lower risk of depression than those who did not (adjusted relative risk [aRR] 0.69%, 95% CI 0.50 to 0.95). This is the figure used in the UK media.

The quality of the studies ranged from moderate to good, but the researchers found some evidence of publication bias; but not to the extent that the main findings of the study would be invalidated.

The researchers said: "Our results indicate that higher levels of physical activity offer a protective effect on future development of depression for people of all ages (youths, working-age adults, elderly persons) and this finding is robust across geographical regions around the world."

They added that their results "further emphasise the importance of policies targeting increased physical activity levels" and said randomised controlled trials should be done to find out whether physical activity can also prevent depression in people at high risk of the condition.

Depression is a common and distressing condition that affects people of all ages. Previous studies have found that people with depression may benefit from exercise. This study backs up research suggesting people who do the most exercise have the lowest risk of depression.

However, there are limitations to the study and its conclusions.

This is an observational study, which means the results can't show conclusively that exercise alone prevents depression. Other factors may be involved. For example, people with long-term health conditions are more likely to get depression, and probably also less likely to take physical exercise.

People who had depressive symptoms, but not enough to count as depression at the start of the study, might have also been more likely to get depression, and less likely to exercise.

Having said that, we already know that physical activity has many benefits, and this research ties in with previous studies linking physical activity to better mental as well as physical health. The researchers think this could be due to a combination of both psychological factors (such as exercise improving self-esteem) and biological factors (such as exercise reducing levels of inflammation inside the body).

The study is one more reason to follow the national guidelines advising adults to do 150 minutes of moderate to vigorous activity a week. It doesn't have to be running – swimming, brisk walking, gardening and dancing are all great ways to keep active.