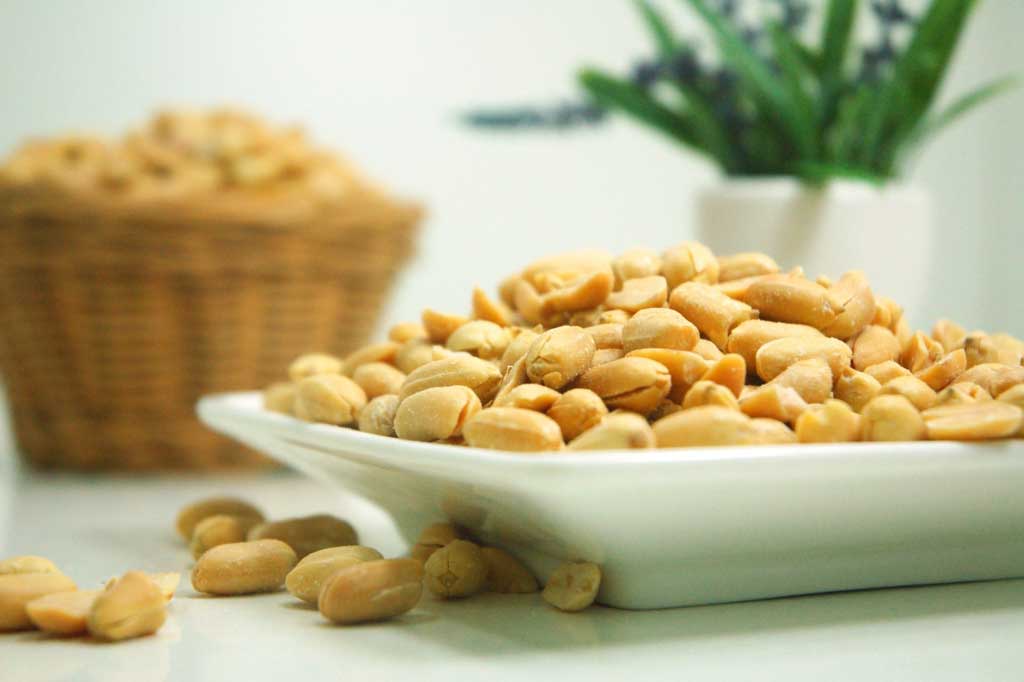 "Peanut allergy treatment 'in sight'," reports BBC News, on a new study investigating the effectiveness of a new drug to reduce the symptoms seen in people with severe peanut allergies.

"Peanut allergy treatment 'in sight'," reports BBC News, on a study investigating the effectiveness of a new drug to reduce the symptoms seen in people with severe peanut allergies.

Peanut allergy is increasingly common in children in countries such as the US and UK, and usually continues into adulthood. There is currently no approved treatment for peanut allergy and in severe cases the allergy can be life threatening.

The new drug being tested is called AR101 and is based on peanut protein. Its dose is gradually increased to build up tolerance to peanut protein, and after this people continue to take a daily dose of AR101 to try to maintain that tolerance.

The goal of treatment is not to "cure" peanut allergies, but to make people with severe allergies less likely to experience a serious allergic reaction (anaphylaxis) if they are accidentally exposed to peanuts.

The current study compared this treatment with a "dummy" powder (a placebo) in almost 500 children and young people with severe peanut allergy. It found that after 6 months of treatment, about two thirds (67%) of those taking AR101 could eat 600mg or more of peanut protein without serious symptoms, compared to only 4% of those taking the placebo. The study did not assess how long or how often AR101 needs to be taken to maintain peanut tolerance in the long term.

It is important to note that this drug is not yet approved in the US or UK. If it does get approved for use in the NHS it is likely to be under the supervision of specialists.

The study was carried out by researchers from several international institutions including Emory University in the US and University College Cork, Ireland. The study was designed and funded by Aimmune Therapeutics, the company who developed the drug (AR101) being tested in this research.

The study was published in the peer-reviewed New England Journal of Medicine (NEJM) and is free to read online.

The UK media coverage on this topic was generally balanced and accurate. Much of the coverage focused on the story of a 6-year old British girl, who before treatment, risked death if exposed to just tiny traces of peanuts. By the end of the study she was able to tolerate eating 7 peanuts.

This was a double-blind randomised controlled phase 3 trial called the PALISADE trial. It aimed to investigate whether a new drug called AR101 could help people with severe peanut allergies to tolerate exposure to small doses of peanut protein, with less severe symptoms.

A double-blind randomised-controlled trial (RCT) is the most reliable way to test the effectiveness of an intervention, in this case a new treatment. A phase 3 trial is used to assess the effectiveness and safety of the drug compared with a placebo (as in this study), different doses of the same drug, or other interventions. This is the last stage of trials that need to be conducted successfully before the drug company can apply to have its drug given a licence to be used in practice (rather than just in research studies).

This trial was carried out in 10 countries in North America and Europe.

Researchers screened 842 children and adults (aged 4 to 55) with a peanut allergy to see if they were eligible to participate. They selected people who reported a history of peanut allergy, had a blood test to confirm that their immune system reacted against peanut protein or a reaction to peanut protein on skin-prick testing. They were then closely supervised to see their reaction to eating a very small amount of peanut protein, and only those who could tolerate no more than 100mg dose of peanut (approximately one third of a peanut kernel) were selected to take part. People with severe asthma, or whose asthma was not well controlled were not allowed to take part.

A total of 555 participants (499 children and 56 adults) were randomly assigned to receive either the AR101 drug or a placebo in identical looking powder form. The dose of both AR101 and the placebo were gradually increased. First, participants were closely supervised over a day while they took doses which were gradually increased from 0.5mg to 6mg.

After this, the participants' doses were increased every 2 weeks starting at 3mg and gradually increasing to 300mg if tolerated, over a period of about 6 months.

Following this, there was a 6-month maintenance phase where participants received a constant dose of 300mg peanut protein. The trial lasted a year.

At the end of the 12 months, all participants were again closely supervised while they consumed increasing doses of first 300mg, then 600mg, and finally 1,000mg of peanut protein, to see how much could be tolerated without having any symptoms that caused the doctors concern about increasing the dose (called "dose-limiting" symptoms). This would include any reaction (even if mild) that needed to be treated with drugs. All of the tolerance tests were conducted in a research facility under medical supervision, so participants could receive immediate medical attention if they experienced a severe allergic reaction.

The researchers were mainly interested in assessing the proportion of children and adolescents who could tolerate a single dose of at least 600mg of peanut protein without dose-limiting symptoms. They looked at whether this proportion was higher among those who took AR101 than those who took the placebo.

The researchers recruited 496 children and young people aged 4 to 17 years of age.

A greater proportion of participants taking AR101 experienced severe side effects, such as difficulties breathing, while taking the drug (4%) than those taking placebo (about 1%).

No significant effect of AR101 was found in the small number of adult participants (55 people) who were included in the study.

The researchers concluded that in their phase 3 trial, when children and adolescents who were highly allergic to peanuts were treated with AR101 for a year they were able to tolerate consuming higher doses of peanut protein with less severe symptoms than those who had received placebo.

This was a well-conducted study. The research showed that young people with peanut allergy could experience a reduction in the severity of their symptoms and a greater ability to tolerate small amounts of peanut protein following treatment with AR101 compared with placebo.

As children who are severely allergic to peanuts can have life-threatening reactions to even very small amounts of peanuts consumed accidentally, the need to develop this sort of treatment to allow them to tolerate such amounts is particularly important.

There are, as the researchers mention, a few limitations to this trial. For example, the researchers looked mainly at participants aged 4 to 17, and no significant effect was found in the few adults enrolled in the trial. They may go on to assess why this treatment appeared to work in children and adolescents but not in adults. Also, the study did not evaluate for how long or how frequently AR101 needs to be taken to maintain peanut tolerance in the long term.

AR101 does not yet have a licence in the US or UK. The next step for the drug company is to submit the results of its studies to the bodies who regulate drugs, so they can assess if AR101 is effective and safe enough for wider use.

This and other similar ongoing studies offer hope for parents and children with serious peanut allergies. It is vital to note that this study involved a carefully prepared drug, and every time the participants were tested for their reaction to eating peanut protein, they were very carefully supervised by medical professionals who could give treatment if they had a severe allergic reaction. Tolerance testing should not be attempted at home. Allergic reactions can be life threatening if not treated immediately.