A nagging sore throat may be an early sign of cancer 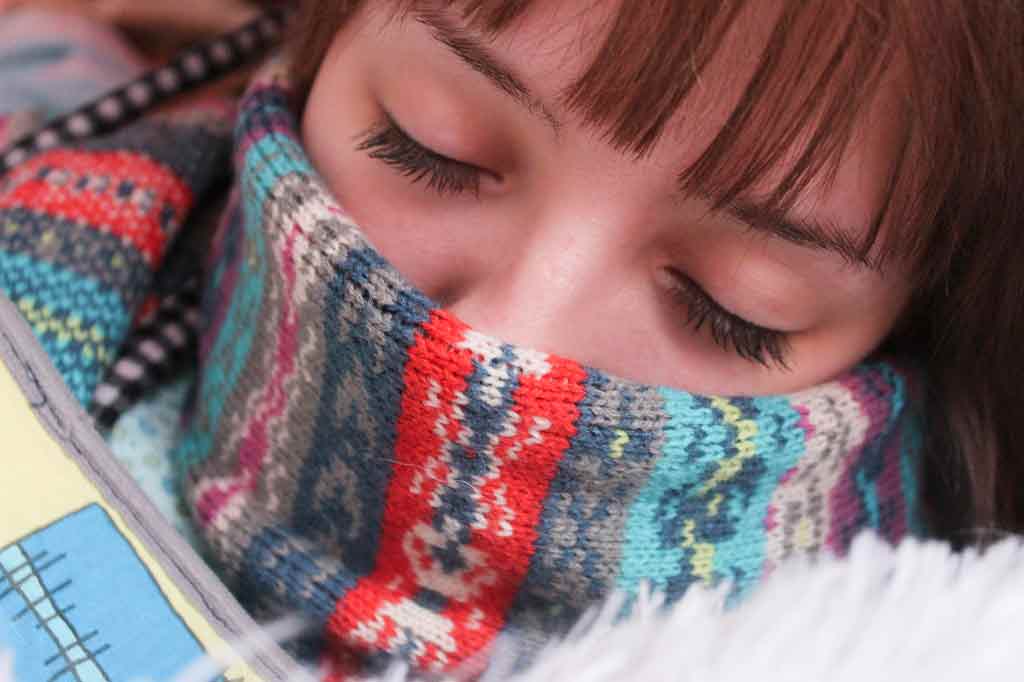 "GPs with patients who have a persistent sore throat, combined with shortness of breath, trouble swallowing or earache, should consider cancer as the cause," BBC News reports.

"Sore throat that won't go away 'could be a sign of cancer' doctors warned," reports The Independent.

Cancer of the larynx, or voice box, affects about 1,700 people a year in the UK. Most cases develop in people aged 60 and above and it is more common in men. It can be treated, and early detection and treatment can make a real difference. Laryngeal cancer is strongly linked to tobacco smoking, secondhand smoke and heavy drinking.

The main symptom of laryngeal cancer is hoarseness. But researchers have now looked at the records of 806 patients with laryngeal cancer and 3,559 without it to see if there are other warning signs GPs should be aware off.

Hoarseness, however, remained the most common individual symptom.

The research could be used to update or expand clinical guidelines about when GPs should refer people with suspected cancer for further tests.

If you do have a sore throat, there is no need to panic as it is highly unlikely to be due to cancer and your pharmacist should be able to recommend suitable treatments. But if symptoms do not pass within 1 week then contact your GP for advice.

The researchers who carried out the study were from the University of Exeter. The study was funded by the National Institute for Health Research and published in the peer-reviewed British Journal of General Practice and is free to read online.

The UK media's coverage of the study was generally accurate. However, when reporting the risks of particular symptoms, the media reports did not make clear that these figures applied only to people aged over 60. So, the use of a photograph of a young woman with a sore throat by the Mail Online is arguably inappropriate and may cause unnecessary alarm.

This was a case control study. Case control studies are used to investigate risk factors associated with a rare outcome, such as laryngeal cancer. In this case, researchers wanted to see what symptoms people reported to GPs in the year before being diagnosed with laryngeal cancer, and whether these reports were more common in people with cancer than without.

Researchers used anonymised patient information from the UK's Clinical Practice Research Datalink network of more than 600 general practices. They found all cases of people 40 or over, diagnosed with laryngeal cancer between 2000 and 2009, who had a record of a consultation with a GP in the year before their diagnosis. They then matched them with up to 5 patients from the same practice, of the same age and sex.

The researchers conducted a literature search and looked on patient forums to find any symptoms that had previously been linked to laryngeal cancer. They focused on 10 commonly reported symptoms, then looked for reports of these symptoms in the records of the people in the study, to see how often they'd been reported to GPs by people with or without laryngeal cancer.

The researchers calculated that 2.7% of people over 60 reporting hoarseness would have laryngeal cancer. No other symptom was as strongly linked to cancer on its own. However, other combinations of symptoms did raise the risk. For people over 60 with hoarseness, the likelihood of cancer rose further if they also had insomnia (5.2% of people with both symptoms having cancer), persistent shortness of breath (7.9% of people), mouth symptoms (4.1%), blood tests that showed inflammation (15%), earache (6.3%), difficulty swallowing (3.5%), or persistent sore throat (12%).

For people over 60 without hoarseness, 3% or more of people with the following combination of symptoms were found to have laryngeal cancer:

The researchers said: "These results provide new evidence that GPs should consider relevant when ascertaining whether to refer a patient for suspected laryngeal cancer."

They point out that chances of laryngeal cancer "rose considerably" when hoarseness thought to be down to an infection persisted, and say GPs should "encourage re-attendance should the hoarseness persist".

This study provides useful information for GPs about which symptoms, together or in isolation, might warrant a referral for investigation for possible laryngeal cancer.

The study has some limitations. The researchers relied on the GPs to record symptoms accurately and consistently, and say they may have missed some symptoms recorded in free text boxes rather than coded separately. People diagnosed with laryngeal cancer saw GPs more often, so had more chance to report symptoms. That means some people without cancer may have had symptoms such as sore throat, but did not report them. This could slightly overestimate the risk attached to symptoms.

The research provides new evidence to help GPs weigh up which patients may need referral for investigation, and which should be followed up to ensure their symptoms resolve. Even then, the study authors make the point that selecting the right patients for investigation of possible cancer "is not simply a matter of totting up symptoms and PPVs (positive predictive values)". They say GPs' clinical experience is also important for making these decisions.

However, there's no need to panic if you get a sore throat. The vast majority of sore throats are caused by colds or infections. They pass quickly and often need no treatment. Sore throats, ear aches and other symptoms of infection are particularly common in children and young people. Even among older adults, the proportion of people with a sore throat or other symptoms who will be found to have laryngeal cancer is still very low.

However, people should get persistent symptoms – alone or in combination – checked out, especially if they last longer than you'd expect from a cold or chest infection.