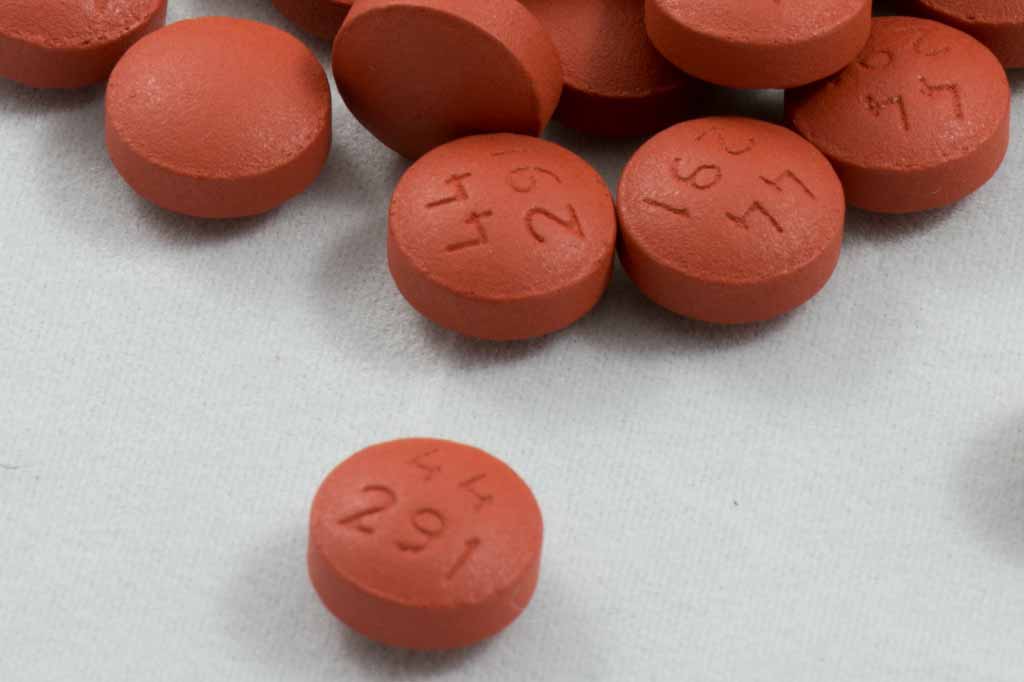 "Ibuprofen 'damages blokes' balls, increasing their risk of being infertile'," is the characteristically blunt, but inaccurate, headline in the Sun.

New research looked at a combination of clinical trial and laboratory evidence to see whether taking ibuprofen was associated with a change in men's testosterone levels.

While lower levels of testosterone could hypothetically lead to infertility, the study didn't look at this issue directly.

The clinical trial included just 30 healthy young men who received a large dose of ibuprofen (2 x 600mg daily) continuously for 6 weeks, which is far more than most people would take in a real-world situation. Exposure to ibuprofen did not alter levels of testosterone in the body, but did increase levels of another hormone called luteinising hormone (LH) which stimulates the testes to produce testosterone.

This situation of maintained testosterone levels but high LH is known as compensated hypogonadism, which is seen as men age. It suggests that reproductive function may be declining and could lead to symptoms such as erectile dysfunction and decreased sex drive.

But there's currently no evidence that men who take ibuprofen on a regular basis will go on to experience sexual or reproductive problems.

If you find yourself taking ibuprofen on a daily basis, you should seek medical advice if you haven't done so already. More effective treatments could be available.

The study was carried out by a team of researchers from several institutions in Denmark, France and China, including the University of Copenhagen.

It was funded by a Nordea Foundation Healthy Ageing grant, the Lundbeck Foundation, the Danish Council for Independent Research (Medical Sciences), INSERM, the University of Rennes, the School of Public Health, and a grant from the Agence Nationale de Sécurité du Médicament et des Produits de Santé.

The study was published in the peer-reviewed journal Proceedings of the National Academy of Sciences of the United States of America (PNAS).

It's available to read for free online.

The UK media generally used headlines suggesting that this study looked at the effects of ibuprofen on fertility, which isn't the case.

Researchers also didn't measure testicular size, so the Metro's lurid claim that "ibuprofen could make your balls shrivel up" is unsupported.

This research comprised a small randomised controlled trial (RCT) in young men, as well as a related laboratory study of testicular tissue.

Researchers aimed to investigate whether exposure to ibuprofen affects male testosterone levels, which could then lead to fertility problems.

Over recent years, the prevalence of male reproductive disorders like infertility has been increasing, especially in the western world.

As we reported last summer, it's estimated that the average sperm count for men in the West has dropped by around 50% in the last 40 years.

It's been suggested that the rise in infertility (and the corresponding drop in sperm count) could be caused by a disruption to the balance of male reproductive hormones.

One possible disruptive influence could be the widespread use of mild painkillers, such as ibuprofen and paracetamol.

This research wanted to look into the effects of anti-inflammatory painkillers (NSAIDs) on testosterone levels.

Testosterone has many effects on the male body, including being responsible for sperm production and maintaining muscle strength and sex drive.

The researchers looked at ibuprofen specifically because of its widespread use.

RCTs are one of the best ways of assessing how exposure to a drug may affect health outcomes.

But this was a very small trial that only looked at immediate effects on hormone levels, so it can't provide information on the potential long-term effects on outcomes like fertility.

The research was carried out in 2 parts.

The trial recruited 31 healthy white men between the ages of 18 and 35. They were randomised to receive either ibuprofen (14 men) or a placebo (17 men).

The men received either ibuprofen (2 x 600mg) or the placebo every day for 6 weeks, 2 weeks before and 30 days after a single exercise session. Both treatment groups were matched for age, height and weight.

The trial was double-blinded, so neither participants nor researchers knew who'd received ibuprofen or placebo.

Compliance to treatment was verified by analysing blood samples throughout the study.

The researchers focused on hormone levels after 2 weeks of treatment, analysing blood samples for testosterone, LH, and 17?-estradiol (a breakdown product of testosterone).

The researchers also investigated the direct effect of ibuprofen on testicular function in the lab.

They exposed testes tissue samples from organ donors or men with prostate cancer to varying concentrations of ibuprofen for 24 or 48 hours. The samples were then analysed for hormone levels.

The main findings from the study were as follows:

The researchers concluded: "Through a clinical trial with young men exposed to ibuprofen, we show that the analgesic resulted in the clinical condition named 'compensated hypogonadism', a condition prevalent among elderly men and associated with reproductive and physical disorders."

This research aimed to see whether exposure to ibuprofen in men has any effect on male testosterone levels, which could then have an effect on male sexual and reproductive health.

There was no evidence that ibuprofen permanently changes testosterone levels in the body.

But there was a suggestion from both the clinical trial and laboratory study that ibuprofen could affect testosterone production by the testes, which the body would need to compensate for.

These are interesting findings, definitely worthy of further research to look into the possible ways ibuprofen may affect testicular function.

But the study had important limitations:

Dr Ali Abbara, senior clinical lecturer in endocrinology at Imperial College London and member of the Society for Endocrinology, said:

"This well-conducted research paper suggests that ibuprofen use could mildly impair testicular function such that the body has to work slightly harder to maintain normal testosterone levels.

"Further studies are required to investigate whether this mild effect of ibuprofen could significantly impair testicular function in terms of testosterone levels, or fertility, after long-term use – this study did not examine effects on fertility.

"The effects were very mild even after 6 weeks of regular consumption of ibuprofen, which is longer than is usually recommended in practice, so this data should not concern men who occasionally take ibuprofen for pain relief."

If you find that you need to take ibuprofen on a long-term basis, contact your GP for advice if you haven't done so already. There may be more effective medications, as well as non-drug-based treatments like physiotherapy.