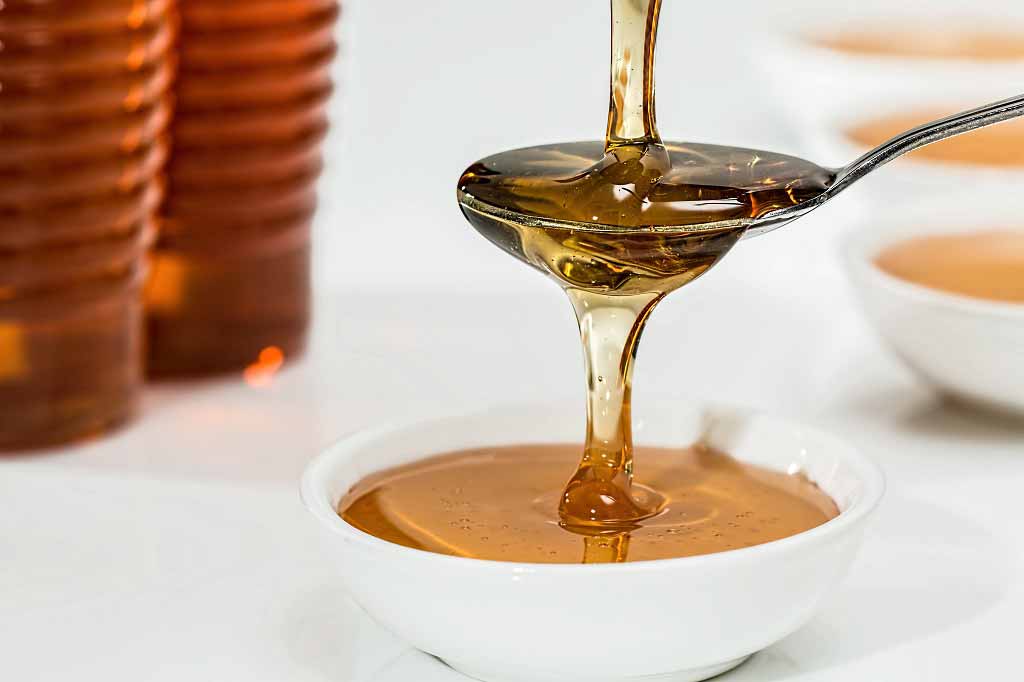 "Honey is 'just as effective at treating cold sores as anti-viral creams'," the Mail Online reports. Cold sores are skin infections around the mouth caused by

"Honey is 'just as effective at treating cold sores as anti-viral creams'," the Mail Online reports.

Cold sores are skin infections around the mouth caused by the herpes simplex virus (HSV). You catch the virus through direct skin contact with another person who has the virus.

Once you have it, HSV lies dormant in the nerve cells and can reactivate at another time, which is why some people get recurrent cold sores, particularly when they're run down.

A common treatment for cold sores is an antiviral cream called aciclovir.

A new study randomised nearly 1,000 adults with HSV to apply either aciclovir cream or "medical grade" New Zealand kanuka honey to the skin.

There was no significant difference in the time taken for the sore to heal: 8 days with aciclovir and 9 days with honey.

The results do not show that honey was better than antivirals, it just seemed to work as well.

But cold sores can get better within 1 to 2 weeks without treatment, and the trial did not include a no-treatment group.

It's possible the results could be showing that both antiviral creams and honey make little difference to healing time.

And even if this honey was doing something special, we do not know whether any properties were unique to "medical grade" kanuka honey or would be the same with any kind of honey.

If you have cold sores that keep coming back, see a GP as you may need antiviral tablets.

The study was funded by Honeylab Ltd, a company that manufactures honey designed for medical use.

It was published in the peer-reviewed British Medical Journal Open and the study is free to read online.

The Mail Online covered this research fairly, but did not recognise the potential limitations.

It would have been useful to highlight the fact there was no comparison with a no-treatment group, for example.

As it stands, this makes it difficult to prove that honey (or antiviral creams) are any better than doing nothing.

This randomised controlled trial (RCT) set out to compare the effects of the antiviral aciclovir with kanuka honey applied to the skin to treat cold sores.

RCTs are the best way to compare the effects of a treatment, as the randomisation should balance out characteristic differences between people taking each treatment.

But this trial had the limitation that it was open label (it was not blinded), meaning both participants and researchers knew whether honey or aciclovir was being used. This could introduce bias.

The study involved 952 adults recruited from 76 pharmacies in New Zealand who were said to be within the first 3 days of a new cold sore breakout.

They were assigned to apply either aciclovir cream (5%) or what was described as "medical grade" kanuka honey.

Both groups were told to apply the treatment 5 times a day until the skin returned to normal, or for a maximum of 14 days.

The main outcome of interest was the time taken for the skin to return to normal. The researchers also looked at acceptability of treatment and side effects.

Participants self-reported outcomes by following a link on their smart phones, which directed them to a diary that included pictures of different cold sores for them to compare theirs with.

There was no significant difference in the time it took for skin to heal between the 2 treatments, which was on average 8 days with aciclovir cream and 9 days with kanuka honey (hazard ratio 1.06, 95% confidence interval 0.92 to 1.22).

There was also no difference in the time taken to reach different stages of healing (such as blistering) or the amount of pain.

The acceptability of treatment was identical for both honey and aciclovir, and there was no difference in side effects.

The researchers concluded: "There was no evidence of a difference in efficacy between topical medical grade kanuka honey and 5% aciclovir in the pharmacy-based treatment of [HSV]."

This study found no difference between aciclovir cream and kanuka honey, with both healing cold sores in around 8 to 9 days.

The trial has strength in its large size, but there are several important limitations to set this finding in context.

It's not essential to treat cold sores. They usually get better in 1 to 2 weeks without treatment, about the same healing times as seen here.

The study also did not include a no-treatment group. It's entirely possible the results could simply be showing that aciclovir cream makes little difference to healing time compared with no treatment, and the honey was not doing anything at all and was just the same as not treating the cold sore.

You can also treat cold sores with antiviral tablets. These are usually more effective than antiviral creams, with the drawback of more side effects.

The results of this study do not mean that honey is as good as antivirals in general. If you were to compare honey with antiviral tablets, rather than cream, you could get entirely different results.

Outcomes were all self-reported by participants, with no medical confirmation of results.

This could introduce bias, particularly if people had preconceived ideas about whether or not the treatment they were using was going to work.

And this study used New Zealand kanuka honey. Even if honey itself does have antiviral properties, we do not know whether it's unique to this honey or whether you could get the same effect using any honey from the supermarket.