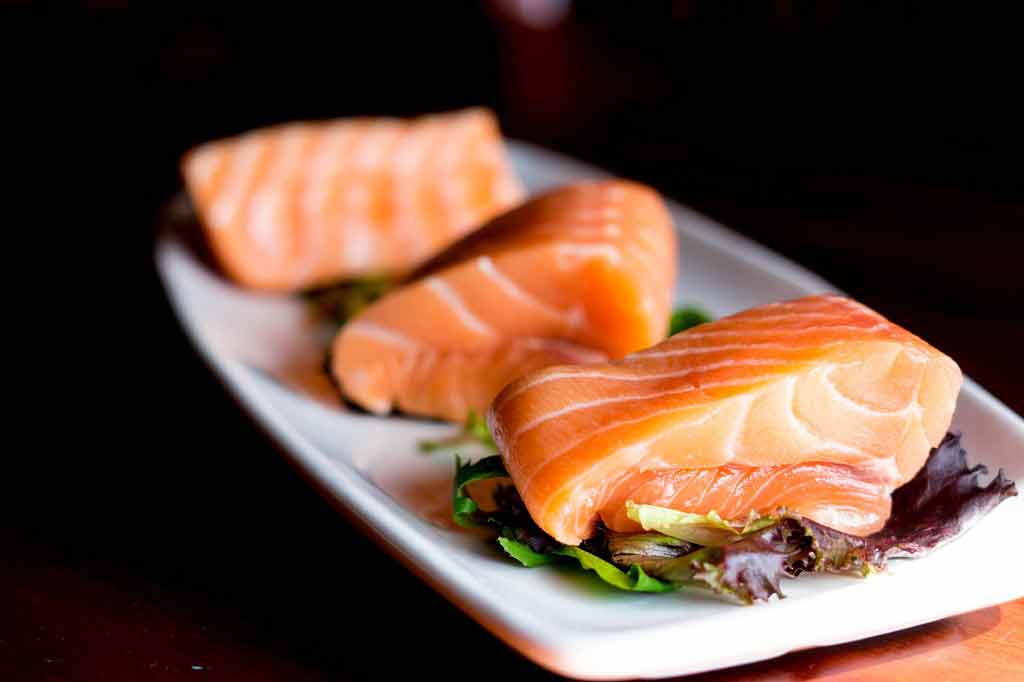 The newspaper reports on a new study where researchers looked at the diets of almost 500,000 people across Europe, including the UK. They found that people who ate most fish at the start of the study were 12% less likely to have been diagnosed with bowel cancer after an average 15 years, compared to those who ate little or no fish. A similar link was found for intake of fatty fish, specifically, while the link for "lean" fish was not quite as certain.

It's important to point out that as an individual's risk of getting bowel cancer in their lifetime is relatively small (around 42,000 people in the UK are diagnosed with it each year), a 12% reduction in this risk is not as impressive as some headlines would lead you to believe.

Scientists think fish may lower bowel cancer risk because of the anti-inflammatory properties of fish oils, found in oily fish such as herring and mackerel.

Also, with such observational studies, we cannot be sure that eating more fish directly caused the small reduction in bowel cancer risk. Other factors, such as having a healthy lifestyle overall, might have also affected the risk.

However, the study results suggest that eating fish once or twice a week, as under current recommendations, is part of a healthy balanced diet.

The researchers who carried out the study came from 40 institutions across Europe, led by the International Agency for Research on Cancer in France. The study was funded by the World Cancer Research Fund and the European Commission. It was published in the peer-reviewed journal Clinical Gastroenterology and Hepatology.

The Mail Online, Daily Telegraph and The Sun all covered the study, with none making it clear that observational studies like this cannot prove that eating fish reduces cancer risk. The headlines suggesting that fish "slashes" the risk overstate what is quite a small reduction in absolute risk.

This was a cohort study, using information from the 10-country European Prospective Investigation into Cancer and Nutrition (EPIC) study, which began in 1992. Researchers used the information collected to see whether eating different types of fish, and consumption of different levels of fatty acids (including fish oils), affected the risk of bowel cancer (colon and rectum cancer together, known as colorectal cancer) during the following years.

Cohort studies are good at showing links between lifestyle factors like diet and risk of disease, but cannot prove that one factor directly causes an outcome. Other, unmeasured factors may be involved.

Researchers across Europe recruited 521,324 people in 10 European countries from 1992 to 2000 (Denmark, France, Germany, Greece, Italy, the Netherlands, Norway, Spain, Sweden and the UK). They recorded people's height, weight and other measures, and collected information about their lifestyle and diet through questionnaires. They also took blood samples.

For this study, researchers included results from people who did not have cancer at the start of the study, and who had full follow-up and dietary data. This included 476,160 people (333,919 women). For a subgroup of 461 people who developed cancer and 461 matched controls, they also carried out a case-control analysis to compare their blood levels of fatty acids.

Researchers adjusted their results to account for the following potential confounding factors:

After an average follow-up time of 14.9 years, 6,291 people were diagnosed with colorectal cancer (1.3%). People with cancer were more likely to have smoked and to consume more red and processed meat and alcohol.

Taking these factors into account, researchers compared cancer outcomes between people who ate the most fish (357g a week or more, equivalent to 2 to 3 portions) and those who ate less than 65g a week (less than 1 portion). They found:

Researchers also estimated the quantity of omega-3 fatty acids coming from fish oils in people's diets and calculated that people who consumed more omega-3 fatty acids had similar reduced bowel cancer risk (HR 0.86, 95% CI, 0.78 to 0.95). Meanwhile, higher intake of omega-6 fatty acids (coming from other vegetable and seed oils) relative to omega-3 was in fact associated with a higher level of risk.

The researchers found no link when comparing the blood fatty acids in the small samples of people with and without bowel cancer.

The researchers said: "Our analysis makes a substantial contribution to the growing body of evidence backing fish consumption to potentially lower risk of [colorectal cancer]."

The research adds to the evidence that eating fish can be part of a healthy, balanced diet, and may slightly reduce the risk of bowel cancer. However, it's important not to get carried away with the implications.

The risk reductions were all very small. Although those for all types of fish and oily fish tended to just scrape in as being statistically significant, while white fish did not, they were all fairly close to the border of significance. It's possible that some of these results might have come about by chance. This makes it more difficult to conclude with any certainty that any type of fish is better than another.

What we can say is that all fish tended to be linked with a small reduced risk of bowel cancer.

When you put this in absolute terms, only 1.3% of all people in the study developed bowel cancer. If this were taken as the baseline risk for bowel cancer, a 7% risk reduction for eating fish once or twice a week would give an absolute risk of getting cancer of 1.2% instead of 1.3%. So these are fairly small absolute risk reductions, far from the "slashed" risk suggested in the headlines.

The other main limitation is that observational studies like this cannot prove that individual dietary factors have directly caused (or protected from) disease. Many other health and lifestyle factors could be involved. People eating more fish may be following a healthier lifestyle overall, with more fruit and vegetables, less saturated fat and taking more exercise. The researchers have tried to account for several potential confounding factors, but it's hard to fully remove their influence.

Overall though the study suggests that eating 1 or 2 portions of fish a week may have benefits in reducing bowel cancer risk. We already know it may reduce risks of getting other conditions, such as cardiovascular disease.

Another way you can reduce your risk of getting bowel cancer through your diet is by restricting your consumption of red and processed meat – you should be aiming to eat no more than 70g a day. Read more about the link between red meat and bowel cancer risk.

You can also read more about the benefits of eating fish and shellfish.