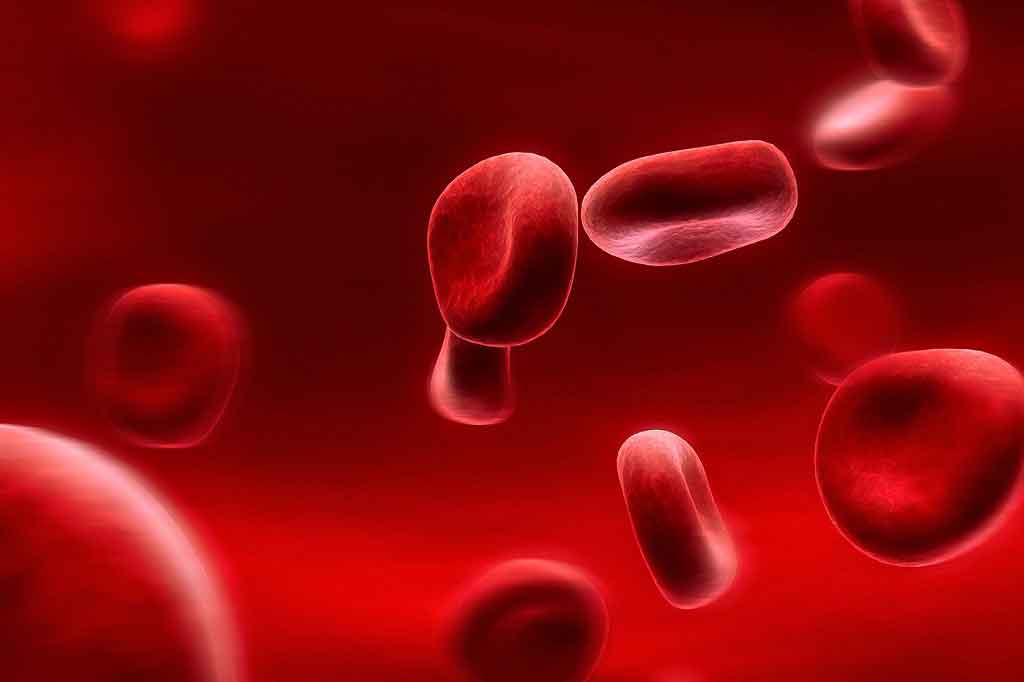 Deep vein thrombosis (DVT) is a blood clot that develops within a deep vein in the body, usually in the leg.

Arterial thrombosis that develop in a vein are also known as venous thrombosis.

DVT usually occurs in a deep leg vein, a larger vein that runs through the muscles of the calf and the thigh.

It can cause pain andswelling in the leg and may lead to complications such as pulmonary embolism . This is a serious condition that occurs when a piece of blood clot breaks off into the bloodstream and blocks one of the blood vessels in the lungs (see below).

DVT and pulmonary embolism together are known as venous thromboembolism (VTE).

In some cases, there may be no symptoms of DVT. If symptoms do occur they can include:

DVT usually (although not always) affects one leg. The pain may be worse when you bend your foot upward towards your knee.

Both DVT and pulmonary embolism require urgent investigation and treatment.

Seek immediate medical attention if you have pain, swelling and tenderness in your leg and you develop breathlessness and chest pain .

As well as age, there are also a number of other risk factors, including:

The combined contraceptive pill and hormone replacement therapy (HRT) both contain the female hormone oestrogen, which causes the blood to clot more easily. If you're taking either of these, your risk of developing DVT isslightly increased.

The larger the number of fragments found, the more likely it is that you have a blood clot in your vein.

However, the D-dimer test isn't always reliable because blood clot fragments can increase after an operation, injury or during pregnancy. Additional tests, such as an ultrasound scan, will need to be carried out to confirm DVT.

An ultrasound scan can be used to detect clots in your veins. A special type of ultrasound called a Doppler ultrasound can also be used to find out how fast the blood is flowing through a blood vessel. This helps doctors identify when blood flow is slowed or blocked, which could be caused by a blood clot.

A venogram may be used if the results of a D-dimer test and ultrasound scan can't confirm a diagnosis of DVT.

During a venogram, a liquid called a contrast dye is injected into a vein in your foot. The dye travels upthe leg and can be detected by X-ray , which will highlight a gap in the blood vessel where a clot is stopping the flow of blood.

Heparin and warfarin are two types of anticoagulant often used to treat DVT. Heparin is usually prescribed first because it works immediately to prevent further clotting. After initial treatment, you may also need to take warfarin to prevent another blood clot forming.

A number of anticoagulants, known as directly acting oral anticoagulants (DOACs), may also be used to treat conditions such as DVT. These medications include rivaroxaban and apixaban, and they've been shown to be as effective as heparin and warfarin with less serious side effects.

You'll also be prescribed compression stockings to wear every day, which will improve your symptoms and help prevent complications.

There's no evidence to suggest that taking aspirin reduces your risk of developing DVT.

See your GP before embarking on long-distance travel if you're at risk of getting a DVT, or if you've had a DVT in the past.

When taking a long-distance journey (six hours or more) by plane, train or car, you should take steps to avoid getting DVT, such as drinking plenty of water, performing simple leg exercises and taking regular, short walking breaks.

Deep vein thrombosis (DVT) is a blood clot that develops within a deep vein in the body, usually in the leg. DVT usually occurs in a deep leg vein, a larger vein that runs through the muscles of the calf and the thigh.

Read about how and when deep vein thrombosis (DVT) can occur. In certain circumstances, such as being inactive for long periods, your risk of getting DVT increases.

Read about how deep vein thrombosis (DVT) is treated. Two of the main treatments are anticoagulant medicines and wearing compression stockings.

Find out how to prevent getting deep vein thrombosis (DVT) before going into hospital, while in hospital and after being discharged, plus long-distance travel advice.

Patient story: "I got DVT from flying."

Patient story: "I woke up and couldn't feel my left leg."

Helen Cannings, 34, developed venous thromboembolism (VTE) at around 30 weeks of pregnancy. Her father also died of pulmonary embolism at the age of just 49.

Patient story: "Stay positive and be as informed as you can be."

Battling through three differentcancers meant that getting blood clots was the last thing on Jeremy Smith's mind.